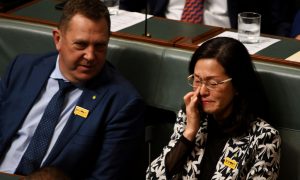 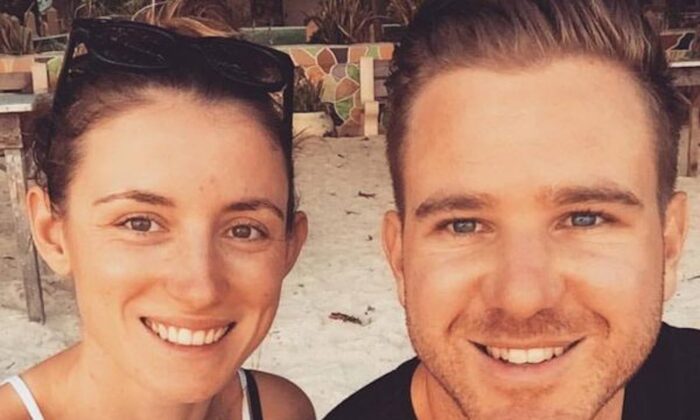 An Australian couple has been released from an Iranian prison, the Australian foreign minister said Oct. 5.

Foreign Minister Marise Payne said that Australian Mark Firkin and British-Australian Jolie King were released and the charged against them dropped, after having spent close to three months in the Iranian detention center.

“For Jolie and for Mark, the ordeal they have been through is now over, they are being reunited with their loved ones, which is a source of great relief and joy to everyone,” Payne said. “I can tell you that they are in good health and in good spirits.”

The circumstances surrounding the couple’s release from prison remain unknown, and there was no immediate acknowledgment on Oct. 5 by Iranian officials or in the country’s state media of their release. However, that has happened in previous cases, according to the Associated Press.

The outlet characterized the couple’s release as being part of a “possible swap,” noting that “at the same time, Iran’s state TV reported that an Iranian scientist, Reza Dehbashi, who was detained for 13 months in Australia over purchasing a defense system for his country from the United States, had returned home.”

“The government has worked very hard through diplomatic channels during that time to secure their release as well as to ensure they were treated appropriately while they were detained,” Payne said.

“We have done that discreetly and I would note that each case of an Australian unfortunately detained overseas is different and requires a specific and a particular response.”

Prime Minister Scott Morrison wrote in a Twitter post: “Great to have Jolie and Mark home. Thanks to the whole team involved in bringing them home.”

Arrested for Flying a Drone

Firkin and King were held in detention in Tehran for almost three months after being arrested for reportedly flying a drone without a permit.

“Our biggest motivation behind making the vlogs is to hopefully inspire anyone wanting to travel, and also try to break the stigma around travelling to countries which get a bad wrap [sic] in the media,” they said in a post on crowd-funding platform Patreon.

Their last post on their Patreon platform was on June 30. Thereafter, friends raised concerns that they had stopped posting updates, according to British tabloid The Sun.

The couple was held in Evin jail, the same prison in Tehran where a British-Iranian aid worker, Nazanin Zaghari-Ratcliffe, has been jailed since 2016 on spying charges.

Payne noted that there is a third Australian in detention in Iran.

Kylie Moore-Gilbert, a dual British-Australian national who was educated in Cambridge, specialises in Middle East politics and worked as a lecturer in Islamic Studies at the University of Melbourne. She was charged with spying in October 2018. She is also held in Evin jail, according to Britain’s The Times newspaper.

Payne said her case was “very complex” as she had been sentenced to 10 years in jail.

“The Australian Government is continuing to seek her return to Australia and discussions with Iran on that matter are ongoing,” she said.

“She has been detained for some considerable time, and has faced the Iranian legal system and has been convicted and sentenced … we are continuing our discussions with the Iranian government and we do not accept the charges upon which she was convicted and we would seek to have her returned to Australia,” she added.

The Department of Foreign Affairs and Trade (DFAT) updated its travel alert for Iran on Sept. 9, adding extra information to the “local travel” and “safety and security” sections of its website.

Part of the DFAT advisory reads: “Reconsider your need to travel to Iran due to the risk that foreigners, including Australians, could be arbitrarily detained or arrested. Dual nationals are also at risk. We can’t guarantee access to consular services or legal representation if you’re detained or arrested. See Safety and security.”