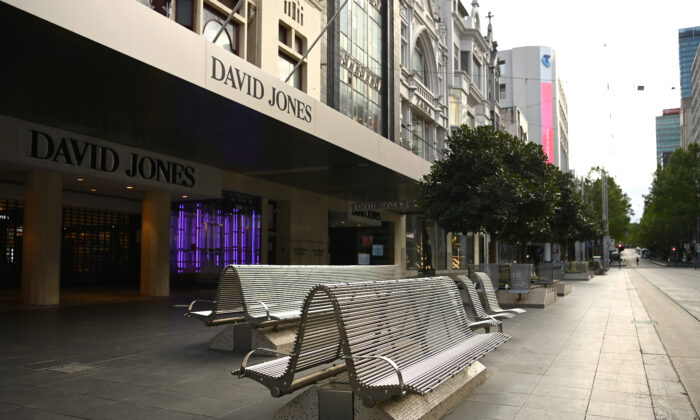 Melbourne, Australia, has announced plans to lift stay-at-home orders this week as the state’s vaccination rate is set to reach 70 percent this week.

The scaled-back restrictions come as the city has become known as the home of the world’s longest COVID-19 restrictions, totaling 262 days over the course of six separate lockdowns since March 2020.

“Today is a great day,” Victoria Premier Daniel Andrews said during the Sunday announcement to end the lockdown this week. “Today is a day when Victorians can be proud of what they have achieved.”

Though the stay-at-home order will soon be lifted, many other restrictions will remain in effect. Some retailers will not be allowed to reopen until the state reaches an 80 percent vaccination rate, which is expected by early November.

In July, Australian Prime Minister Scott Morrison shared a four-stage plan (pdf) to phase out coronavirus restrictions nationwide. Phase B, the second phase, includes the nation reaching full vaccination among 70 percent of eligible citizens. The plan estimates reaching the goal by the end of 2020.

The report was issued as the nation recognized border closures would be unable to end the Delta variant of COVID-19. Instead, the nation seeks to transition from strict lockdowns with a pandemic to living with the virus as an “endemic” as the nation increases its vaccination rate.

Those who are not vaccinated will still face strong restrictions, according to the current plan.

In addition, international travel remains limited. Last week, Qantas Airlines announced it will restart limited flights from Sydney to London and Los Angeles on Nov. 1. Fully vaccinated travelers to New South Wales (NSW) will only need to return a negative PCR test before boarding their flight.

Hotel quarantine regulations for Melbourne are also scheduled to end for those who are fully vaccinated.

Speaking to 7 News hosts on Oct. 18, Victorian Premier Daniel Andrews said while international travel was a matter for the federal government, Victorians were keen on opening up to the world “as fast as we possibly can.”

“If you’re double dose vaccinated, then you’ll be able to quarantine at home,” Andrews said, adding that home quarantine for the fully vaccinated will be “less than 14 days.”

“We’ll get to a point where if you are vaccinated, there perhaps won’t be any quarantine at all if you’ve been tested, and as we move through the weeks and months to come.”

Opposition leader Matthew Guy has criticized the Andrews government’s roadmap saying that “freedom” in Victoria looked different to those in NSW.

“As always with the Vic Govt, it’s all about the spin, not the substance,” Guy said in a post on Twitter.