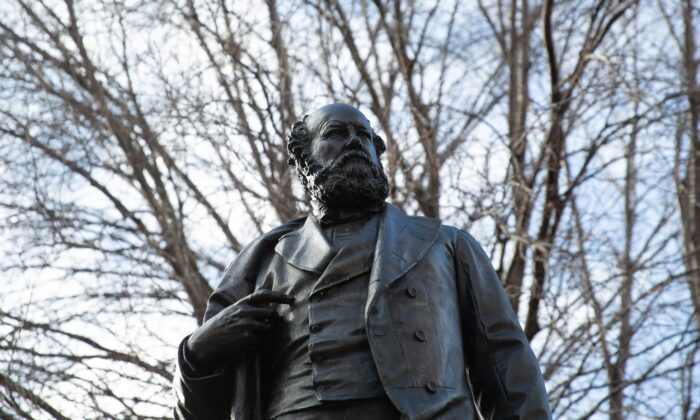 An Australian city council has voted to take down the statue of a colonial figure who was criticised for being involved in the mutilation of a deceased Aboriginal man.

William Crowther, former Tasmanian Premier and a surgeon, reportedly removed the skull of Aborigine William Lanne from a morgue and sent it to the Royal College of Surgeons in London.

As a result, Crowther was suspended from his role as honorary medical officer at Hobart General hospital before becoming premier nine years later.

Hobart City Council on Monday voted 7-4 in favour of removing the Crowther statue from Franklin Square in the capital’s CBD after years of campaigning from Aboriginal groups.

Lord Mayor Anna Reynolds argued in the debate last night that the removal of the statue “does not change history” because “the records, the books, the articles, the stories all remain unchanged.”

She said the council doesn’t want to “celebrate a time in our history when scientists and doctors wanted to prove the theories of European superiority [and] wanted to rank people by their race.”

The decision, however, was opposed by Alderman Simon Behrakis, who said history should be preserved “warts and all.”

Behrakis told the council that the statue “didn’t go up celebrating the horrors and appalling acts committed. It celebrated a man’s contribution to the state.”

“Removing the statue does sanitise history to an effect. I don’t think the burning of the books or the parts of history that we’re not comfortable with allows us to learn from history,” he said.

Behrakis further questioned why the council has refused several planning applications because it’s built on a lawn of heritage values but decided to remove the statue of a former premier of the state who was a “historic member of our society.”

Once the planning is approved, the bronze statue will be removed while the plinth will remain in place. Meanwhile, there will be signage explaining the council’s decision on the site until a long-term installation is decided in the future.

The statue will be preserved and taken to the city’s valuables collection before being moved to a permanent location.