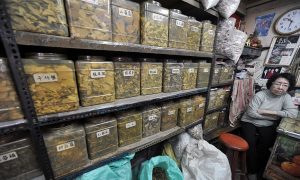 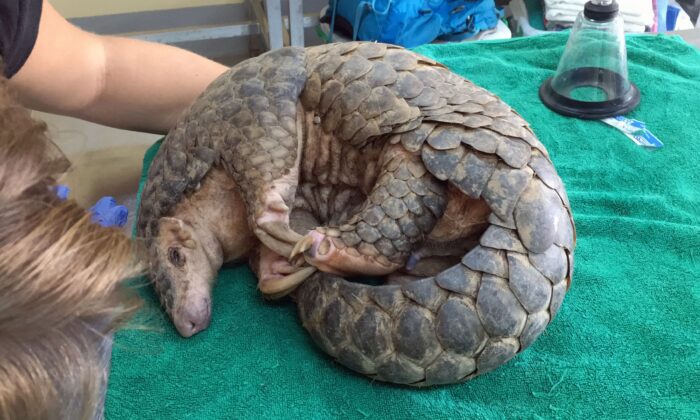 A Chinese pangolin on Sept. 30, 2019, after it was rescued by Perth-based charity Free The Bears in Laos. It was the first time the organisation saved one of the critically endangered species, which is covered in keratin scales that are prized in Asia in the mistaken belief they cure a range of ailments. (AAP Images/Supplied by Free The Bears)
Australia

Perth-based Free The Bears has saved its first pangolin, a critically endangered mammal that is the most trafficked animal in the illegal wildlife trade.

A Perth-based bear rescue charity has saved its first critically endangered pangolin as it seeks to safeguard a variety of animals in Asia, where its Laos sanctuary is expanding.

Free The Bears was founded in 1993 by 81-year-old Mary Hutton after she saw footage of caged moon bears, unable to move, with dirty catheters inserted into their gall bladder to “milk” their bile for traditional medicine.

The organisation has so far rescued more than 950 bears and is now helping other illegally-kept animals it encounters.

Last year, Free The Bears made the world’s biggest seizure of red pandas, believed to be bound for the black market pet trade, but only half survived as they had been kept in dire conditions.

The charity last week took in its first pangolin, a “super rare” species from China, where their keratin scales are prized in the traditional Chinese medicine and folk remedies for curing a range of ailments, chief executive Matt Hunt said.

Pangolins are the most trafficked animals in the illegal wildlife trade, with African species shipped to Asia thousands at a time.

Hunt said the slow moving and breeding mammal’s only defence was to curl up in a ball and they were “possibly competing with the panda” for risk of extinction.

Pangolins are sold by the kilogram, with smugglers often force feeding them sand or rice gruel mixed with the ants they favour, which makes them sick.

“They’re totally ill-equipped to survive against a trade demand like this,” Hunt told AAP.

Free The Bears was moments away from completing construction of its first pangolin sanctuary when the almost lifeless male arrived and was immediately treated by an Australian Volunteers International vet.

All going well, he’ll be released into the wild in northern Laos next month.

Hunt said the charity, which also has sanctuaries in Vietnam and Cambodia, had drawn the line at saving tigers and elephants given their resource-intensive needs.

“Mary would help the world if she could—she’s not a bear snob at all,” he said.

“But we have to be realistic about the fact we’re a small organisation being run out of a garage in Perth.”

Hunt will meet a nutritionist at Sydney’s Taronga Zoo this week to talk about possible alternative diets for pangolins as gathering enough ants can be tricky.

By Rebecca Le May