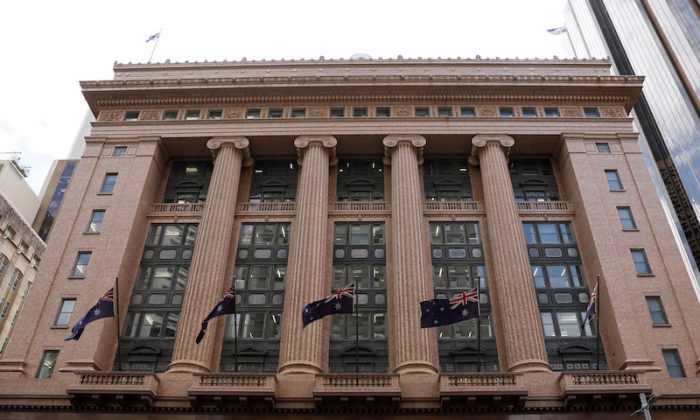 A view of a Commonwealth Bank of Australia branch in Sydney, Australia, April 18, 2018. (Reuters/Edgar Su)
Australia

SYDNEY—Commonwealth Bank of Australia (CBA) said on Oct. 9 it will refund fees taken out of dead client accounts and unwind a controversial system of charging customers commissions on financial products.

The changes, sparked by damaging revelations from a powerful inquiry into financial sector misconduct, come during a time of upheaval for Australia’s biggest financial institutions which are facing unprecedented scrutiny from the public, courts and lawmakers.

Australia’s biggest bank said in a statement it would remove certain fees on legacy wealth products and would launch a program to refund unauthorized advice fees charged to deceased estates in the last 12 years, among other initiatives.

It would also rebate all ongoing commissions to financial planning customers charged on old products not caught by laws banning such fees.

The changes to its fee structures would cost the bank at least A$45 million ($31.8 million) a year, CBA said.

“The changes announced today continue the process of reform underway in our wealth management businesses and form part of our response to specific issues identified this year through the Royal Commission,” CBA Wealth Management Chief Operating Officer Michael Venter said in the statement.

The inquiry, called a Royal Commission, released a scathing interim report into banking and wealth management practices last month after nine months of grueling public hearings. A final report, that could recommend legal charges and a regulatory overhaul, is due in February.

Among Australia’s “Big Four” banks, CBA has taken the biggest hit to its reputation, after it conceded selling insurance to tens of thousands of customers who were not eligible to claim against it, charged customers for services-not-rendered, took fees out of dead client accounts and double-charged interest to thousands of customers due to a coding error.

CBA’s changes to its wealth management business are just the latest example of how the inquiry has impacted Australia’s financial sector more broadly.

Australia and New Zealand Banking Group said on Oct. 8 that it would take a A$711 million hit to profit due to higher costs including compensation for customers stung by poor bank practices, sending its shares sharply lower.

Last month, Westpac Banking Corp, the country’s second-largest bank, said its annual cash earnings would fall by about A$235 million on account of provisions for customer refunds and litigation.

CBA is due to release a quarterly trading update on Nov. 7, followed by its half year results in February.

Shares in CBA were flat shortly after the market opened on Oct. 9 in a weak market.

Australia’s highest profile bankers are scheduled to start appearing before a parliamentary committee this week, where they will be grilled over their business practices.

CBA Chief Executive Matt Comyn, who took over the role in April after formerly heading CBA’s retail banking operations, is the first chief executive scheduled to appear, on Oct. 11.