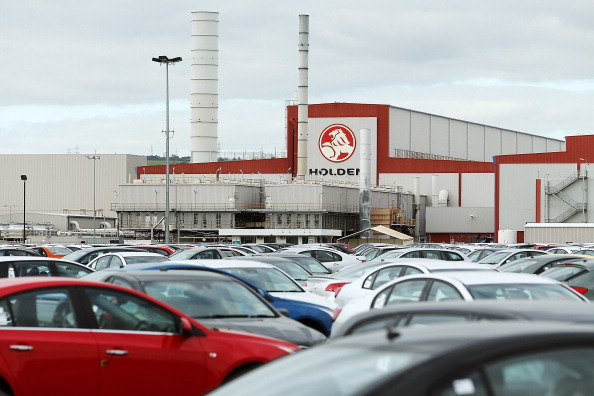 A general view of the Holden manufacturing plant on July 30, 2013 in Adelaide, Australia. Holden and other local car manufacturers have received years of both federal and state government grants, which industry experts say are vital to keeping the auto sector afloat. (Morne de Klerk/Getty Images)
Australia

MELBOURNE—Holden and Toyota are vital to the future of Australia’s car industry, the Australian Productivity Commission has heard, during three days of hearings held in Adelaide and Melbourne.

AMWU’s Steve Dargavel says members are concerned the Government is not doing enough.

“If the industry assistance was to be withdrawn from this industry it will mean the cessation of tens of thousands of jobs,” he said, according to the ABC.

Toyota senior executive Mike Rausa told the commission on Dec 3 that the company needs to reduce costs by $3000 per car in order to remain competitive with other Toyota plants in the United States and Japan.

“We’ll need to submit plans (to Toyota in Japan) of how we will achieve these cost reductions…we will need to have plans in place, and we need to be able to demonstrate that,” Mr Rausa said.

“If we lose our manufacturing now we will never get it back and we will lose the skill and innovation that’s required to build a car from the ground up,” he said according to the ABC.

Ford has recently announced it will cease manufacturing in Australia in 2016. Industry experts say drastic cuts to public funding for the industry could see the end of Holden and Toyota in Australia as well.

South Australian Premier Jay Weatherill says the Commonwealth needs to step in urgently and provide funding to support the industry.

An interim report will be delivered by the Productivity Commission on Dec 20, with a full report due after the South Australian elections in March. Funding decisions will be withheld until then.