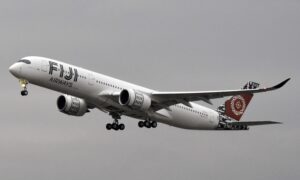 Fiji Airways to Cut More Than Half Its Staff, Seek Aircraft Payment Deferrals
0 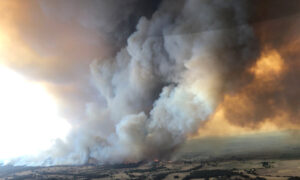 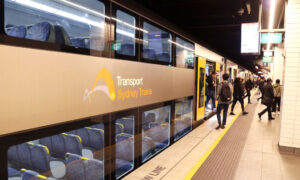 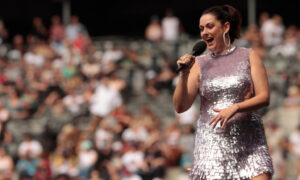 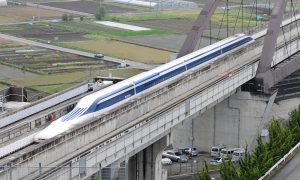 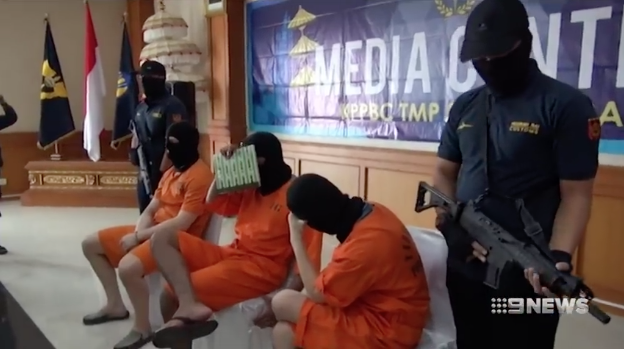 DENPASAR, Indonesia–Indonesian police have arrested an Australian, an American and a Malaysian on the Indonesian holiday island of Bali for drugs offences, the latest foreigners to run afoul of some of the world’s strictest laws against narcotics.

The three men, who were arrested in separate cases, appeared before the media at a briefing, dressed in orange prison garb, their faces concealed by balaclava, with armed police officers standing guard.

It was not immediately clear if any of the three, who were identified only by their initials, would face the death penalty if convicted.

Authorities found methamphetamine and the party drug ecstasy hidden in a plastic bottle and another container in the luggage of the Australian after he arrived on a flight from Bangkok on Monday, Dec. 4, the customs office said.

“Based on the results of the inspection, our officers found five packages containing clear crystals weighing 19.97 grams and 14 tablets weighing a total of 6.22 grams,” Bali Airport customs office chief Himawan Indrajono said in the statement.

Australia’s Department of Foreign Affairs and Trade said it was “providing consular assistance to an Australian man detained in Bali” in response to emailed questions on the arrest. It declined to comment further.

The U.S. citizen was arrested at a Bali post office on Nov. 30 in connection with a package sent from the United States containing 336.6 grams of e-cigarette liquid containing THC, or tetrahydrocannabinol, the active ingredient in cannabis.

The Malaysian was arrested on Nov. 8 after being found with 3.03 grams of leaves thought to be marijuana and 0.65 grams of a white powder suspected to be narcotics, Idrajono said.

Possession of small amounts of drugs can incur lengthy jail sentences in Indonesia and larger amounts can result in a death sentence.

The execution by firing squad of two Australians in 2015, along with six other drug convicts from several other countries, strained relations between Jakarta and Canberra.

Indonesia says it is facing a drug crisis with an estimated 6.4 million drug users in the country of 250 million people, and needs to impose tough punishments to contained the problem.

President Joko Widodo has called for a “merciless” crackdown on narcotics, and told law enforcers to shoot drug traffickers if they resisted arrest.

That echoes a tough stand taken by Philippine leader Rodrigo Duterte who has ordered a war against drugs in which several thousand people have been killed since mid-2016.