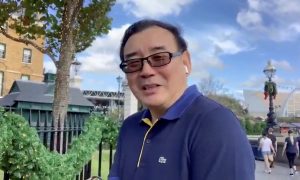 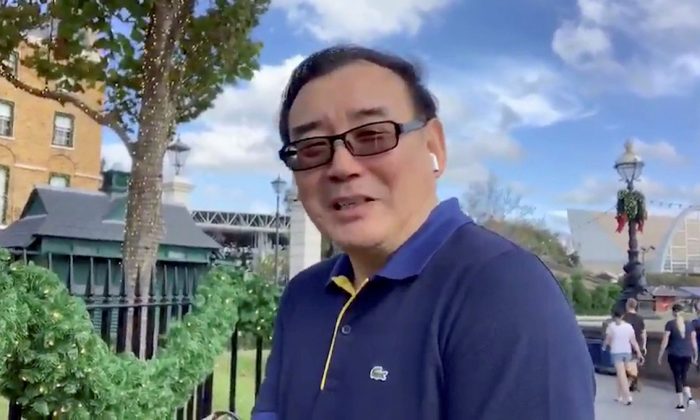 Australian Ambassador to China Graham Fletcher has been denied entry to the closed court trial on espionage charges of Australian writer Yang Hengjun which began in Beijing today.

“Unfortunately, we’ve just been denied entry into the court,” Fletcher told reporters outside the Beijing Second Intermediate Court on Thursday.

The CCP (Chinese Communist Party) virus (novel coronavirus) pandemic was given as the reason Fletcher was denied access, and also because it was a national security case.

“This is deeply regrettable, concerning, and unsatisfactory,” he said.

Australian Foreign Minister Marise Payne said earlier on Thursday that she had hoped China’s legal process would be  “transparent and open.”

However, her department had been unable to get Beijing to provide an explanation or evidence of the espionage charges.

“We’re not interfering in China’s legal system,” she said. “The concerns we have raised are legitimate ones but we do expect those basic international standards of justice to be met.”

Meanwhile, Yang, the man at the centre of the espionage case, has said that despite his health deteriorating while in detention, he remained spiritually strong and was determined to “face suffering and torture with resilience.”

In a letter addressed to an unnamed person, seen by The Daily Telegraph, Yang said, “There is nothing more liberating than having one’s worst fears realised.”

“I have no fear now. I will never compromise,” he added.

Yang said that on the chance he would be freed, he would write articles to improve Australia-China relations and “help China understand the world, and the world to understand China.”

He also wrote a list of things he wished to do once he regained his freedoms.

“I want to go to Australia, a heaven-like place,” he said, adding he also wanted to see the “green mountains and rivers in China,” revisit Hong Kong, and return to the United States to continue his research at Columbia University.

The Epoch Times has not viewed the letter.

No one has been allowed to attend the closed-door trial, including family members and Australian consular officials and lawyers.

Under the Vienna Convention on Consular Relations treaty, of which China is a signatory, as well as the bilateral consular agreement between Australia and China, Australian consular officials have the right to communicate with Yang and attend his trial.

Australia’s foreign minister has expressed her concerns about the lack of transparency in the legal process.

“We have conveyed to Chinese authorities, in clear terms, the concerns we have about Yang’s treatment and the lack of procedural fairness in how his case has been managed,” she said.

“Consistent with basic standards of justice and China’s international legal obligations, we expect Dr Yang to be granted access to his lawyer and to Australian consular officials in advance of his trial,” Payne said.

The Law Council of Australia expressed their concern for Yang and supported Payne’s call on the CCP to allow Yang to access legal representation.

“The right to independent legal assistance must be ensured from the moment of deprivation of liberty, and access to effective legal representation guaranteed to all persons at all stages of criminal proceedings.

“This is a fundamental precondition to realising the right to a fair trial. The seriousness of the charges against Dr Yang render the protracted deprivation of legal assistance even more egregious, falling well short of international fair trial standards,” Law Council President Jacoba Brasch QC said.

While Yang is likely to be convicted, given that Beijing’s judicial system has a near 100 percent conviction rate, he still holds hope that the CCP will “right the wrongs and do me justice.”

However, he said if “worst comes to the worst,” he wanted his friends and supporters to retain his writings.

“If worse comes to worst, if someone wants to take revenge on me for my writings, please explain to the people inside China what I did, and the significance of my writing to people in China,” Yang said. “The values and beliefs which we shared, and which I shared with my readers, are something bigger than myself.”