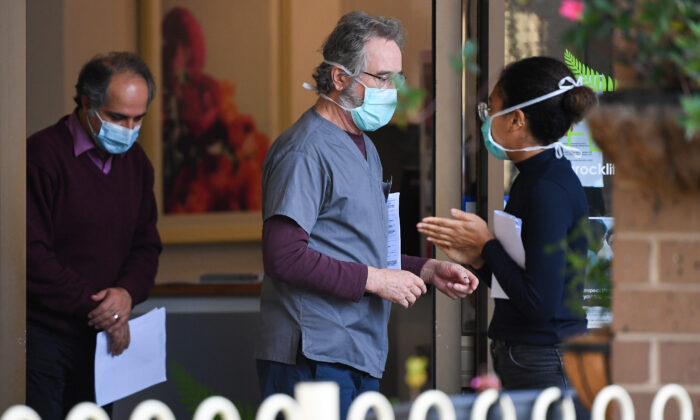 Aged care workers have taken their fight for higher wages to the Fair Work Commission as inflation continues to bite around Australia.

The Health Services Union, representing staff from personal care workers to catering and cleaning, is calling for a 25 percent wage increase for staff in the sector.

“It is certainly a political issue now and the pandemic has exemplified these concerns,” HSU National President Gerard Hayes told AAP.

The case which begins on Tuesday seeks to lift wages by between $5.40 and $7.20 per hour, increasing the average pay for aged care workers to around $29 per hour.

The sector is underfunded and more financial support for carers is needed, he said.

“If we as a society do care about the dignity of senior Australians then we need to compensate those who care for them,” he said.

“It can’t be ‘out of sight, out of mind’ … because the suffering (of older Australians) doesn’t go away.”

Mark Castieau, a chef with 20 years of experience at an aged-care facility, said many staff had left the industry because it was hard to make ends meet as well as the heavy workload during the pandemic.

“We’re not recognised or valued for our work, we’re expendable”.

The sector is underfunded and more financial support for carers is needed,” Castieau said.

The Reserve Bank of Australia expects underlying inflation in the March quarter to be more than three per cent, with price hikes for essentials including fuel, food and housing hitting families hard.

The union referred to the Aged Care Royal Commission’s interim report Neglect, which noted the sector’s workforce was “undervalued, understaffed and under-resourced.”

The legal fight comes off the back of thousands of health workers across the state walking off the job earlier this month to support demands for a 5.5 percent wage increase.