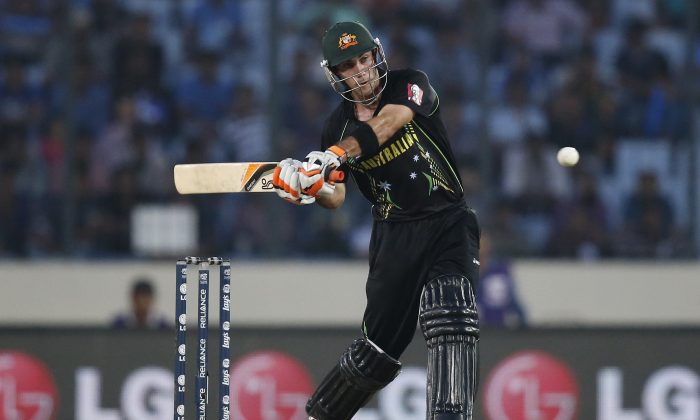 UPDATE: West Indies won by six wickets, likely ending Australia’s chances to get into the finals.

Next, Australia will play India on March 30 while West Indies will play Pakistan on April 1. See the full schedule here.

The teams are playing at the Shere Bangla National Cricket Stadium in Dhaka, Bangladesh.

It will be broadcast on Fox Sports in Australia; SKY TV in New Zealand; and ESPN3 in the West Indies, South America, Central America, Mexico, and the United States.

It will also be shown on PTV in Pakistan; BTV in Bangladesh; STAR Sports in India; SLBC in Sri Lanka; Star Cricket in Papua New Guinea, Singapore, Hong Kong, and the Philippines; Supersport in South and Sub Saharan Africa; and OSN Sport Cricket in North Africa and the Middle East.

Live streaming for some games is available on Sky’s Now TV app, StarSports.com, WatchESPN, PTV.com, SuperSport.com, and MTVsports.lk. Some of the live streaming is only available in one country or region.

Australia is coming off a 16-run loss to Pakistan in its opening match while West Indies trounced Bangladesh by 63 runs after losing to India by eight wickets.