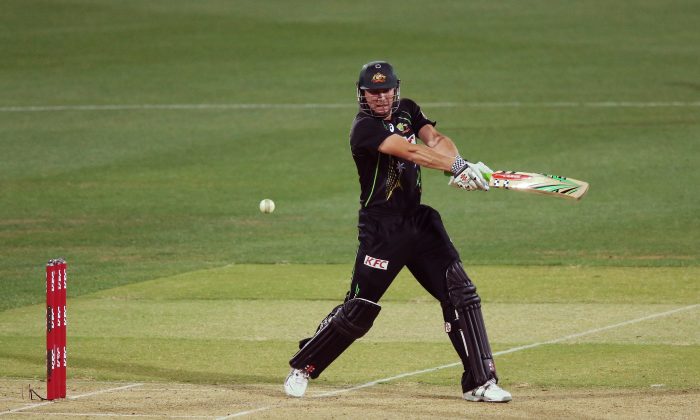 James Faulkner of Australia bats during game one of the International Twenty20 Series between Australia and South Africa at Adelaide Oval on November 5, 2014 in Adelaide, Australia. (Photo by Morne de Klerk/Getty Images)
Sports

Australia is set to take on South Africa in their 2nd T20 International on Friday, November 7.

The match will be broadcast on Fox Sports in Australia and SuperSport in South Africa.

“There was a totality about South Africa’s performance in the Twenty20 opener that would have left plenty of furrowed brows in the Australian dressing room. JP Duminy’s side were superior in all respects, from more disciplined and focused bowling to batting that made the most of Adelaide Oval’s dimensions and benefited greatly from one man–Rilee Rossouw–going on from a fast start to a substantial tally,” noted CricInfo.

“The Australian response to this unexpectedly heavy defeat has been to bolster the squad with Glenn Maxwell, just back from the UAE. While his uninhibited methods were the target for plenty of criticism after a pair of skittish Test innings in Abu Dhabi, Maxwell’s energy and impudence may be the extra ingredient the hosts require, balanced against the batting skills of Aaron Finch and Shane Watson.”

The 3rd T20 International is scheduled for November 9 in Sydney. The teams will then play a 2 ODI series, on November 14 and November 16 in Perth.