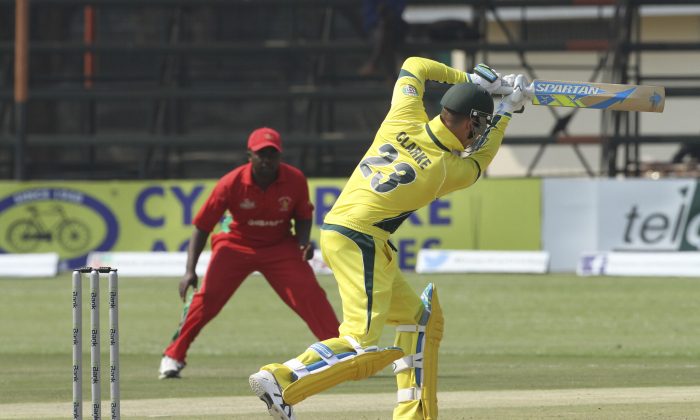 It’s South Africa vs Australia in one of the final matches of the Triangular Series in Zimbabwe on Tuesday, September 2.

The match will be broadcast on SuperSport in South Africa and Zimbabwe, and Fox Sports 2 in Australia.

It will also be broadcast on PTV Sports in Pakistan, Ten Sports in the Indian subcontinent, OSN in the Middle East, and Willow TV in the United States.

Australia is smarting from losing to Zimbabwe in a result that stunned the cricket world.

Australia’s coach Darren Lehmann said after the game that his whole team should be embarrassed.

“There’s probably not enough expletives in the English language at the moment for the way I’m feeling,” Lehmann told reporters after the game.

“It’s just embarrassing for everyone involved in the touring party, and I hope they’re hurting. They should be.”

Still, the only way Australia doesn’t make the final of the Tri-Series is if they lost to South Africa in this match and then Zimbabwe pulled off an upset against South Africa on Thursday.

CricInfo notes that Australia “need to play spin far better than they did on Sunday and show more discipline with the ball. The latter should be restored somewhat when they bring back their premier pace bowler Mitchell Johnson.”

“While Australia contemplate how to go about building their innings sans the man who held it together on Sunday, Michael Clarke, South Africa may take some smug satisfaction that what they warned throughout the last three weeks has finally happened. South Africa’s song was that Zimbabwe had to be respected because they may surprise someone, especially in their own conditions,” it added.

“Just like Australia struggled to adapt to the slow pace of the pitch, South Africa will know that will be a challenge for them as well. Equally, they will be aware that three wins this week could see them take over top spot in the ODI rankings as well the trophy and will no doubt be targeting the double return.”