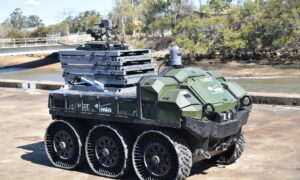 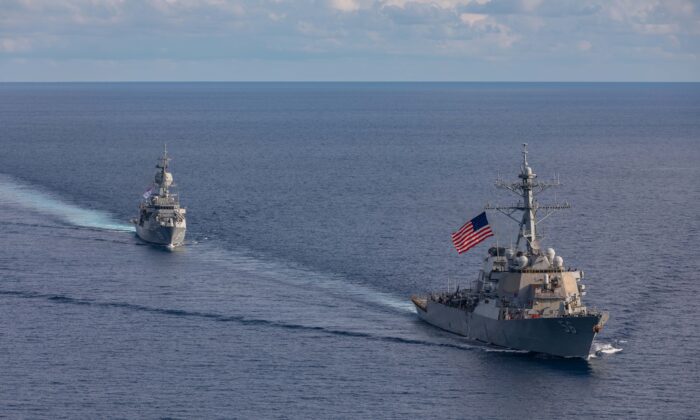 The MALABAR 2020 defence exercise marked a milestone for the Australian Defence Force (ADF); bolstering its bonds with four key regional partners as they worked to ensure what Defence Minister Linda Reynolds has described as a “secure, open, and inclusive Indo-Pacific region.”

“Going to sea and exercising together allows each navy to become accustomed with each other’s procedures and capabilities, leading to greater trust and interoperability,” said Commander Pisani.

HMAS Ballarat is the sixth of eight Anzac-class long-range frigates capable of air defence, surface and undersea warfare, surveillance, reconnaissance, and interdiction, and it is the first Royal Australian Navy warship to participate in Exercise MALABAR since 2007.

We are pleased at this opportunity to exercise with our partners in support of a secure and prosperous Indo Pacific region,” Commander Pisani said.

The HMAS Ballarat’s 192 crew trained for months to prepare for the exercise.

“Our ship has many of the best young officers and sailors in the Royal Australian Navy. They proved during our unit readiness work-up and evaluation that they are a highly dedicated and capable team. I have the utmost confidence in them,” Commander Pisani said.

The exercise helped to increase “mutual understanding and enhancing our combined air and maritime domain awareness,” Pisana said in a media release.

Defence Minister Linda Reynolds announced that Australia would be joining the Malabar Exercises in October.

“Participation in sophisticated exercises like MALABAR not only highlights the strategic trust between the members, but also strengthens our collective ability to contribute to regional security,” she said before the exercise.

“India and Australia are natural partners in the Indo-Pacific, and Exercise MALABAR is a clear demonstration of the depth of trust and cooperation between our defence organisations,” she said.

Minister for Foreign Affairs, Senator Marise Payne, said the announcement was another important step in Australia’s deepening relationship with India.

“This builds on the Comprehensive Strategic Partnership, to which Prime Minister Morrison and Prime Minister Modi agreed on 4 June 2020, and which I progressed with my counterpart, Minister of External Affairs Jaishankar, this month when we met in Tokyo,” Payne said.

The MALABAR 2020 exercise was conducted in two phases. The first in the Bay of Bengal and the second north of the Arabian Sea.