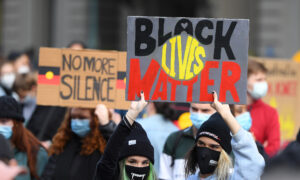 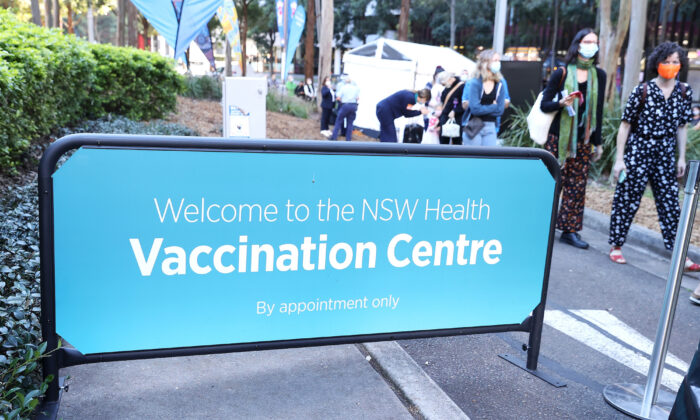 A general view of the NSW Health Vaccination Centre in Sydney Olympic Park in Sydney, Australia on May 10, 2021. (Mark Kolbe/Getty Images)
Australia

Australian Prime Minister Scott Morrison has announced that the vaccination of all aged care workers will be made mandatory by September.

The decision was made at a special national cabinet meeting of all Australian state and territory leaders in response to the emergence of the more transmissible Delta variant of the CCP (Chinese Communist Party) virus, commonly known as the novel coronavirus.

The leaders endorsed mandatory vaccination for aged care workers in a bid to complete what was supposed to be the first phase of the rollout.

“This is not something any government should do lightly … we have been considering this matter for some time now based on the best possible medical advice,” Morrison said.

Morrison told reporters at a virtual press conference on Monday night the rollout will be a partnership between the federal government and the state and territory jurisdictions and will use the same system used for mandatory flu vaccinations.

Staff who experience side effects from the vaccines will be supported to take leave under a new $11 million federal government grant program. This is also in a bid to ensure no other unintended consequences, such as aged care workers leaving the sector.

“Now that can also involve situations where a person may be experience some discomfort following a vaccination, and this would cover those circumstances,” Morrison said.

“So the Commonwealth will be backing up that decision for mandatory vaccination, not just by supporting the states and territories with compliance as a joint effort, but ensuring we’re also supporting residential aged care facility providers with that additional financial support to get that job done.”

The decision comes as Australia’s CCP virus outbreaks have reignited calls for vaccinations to be increased amid concern about the highly contagious Delta strain sweeping the country.

Of the 910 deaths in Australia linked to the CCP virus, 685 have been aged care residents, and the vast majority have occurred in Victoria.

Almost 7.4 million Australians have been vaccinated.