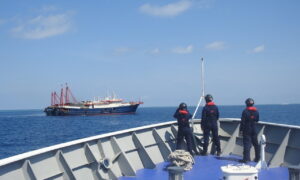 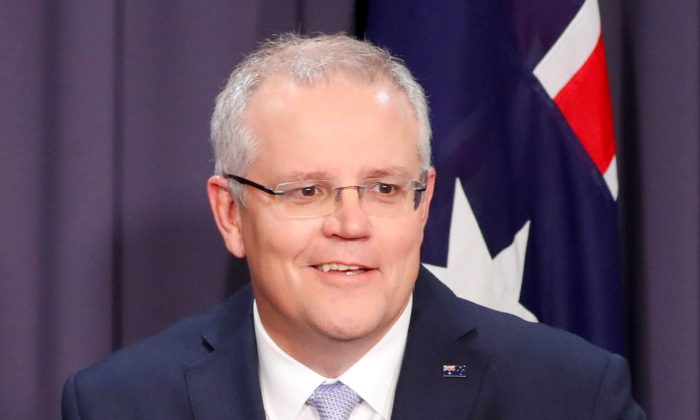 SYDNEY—Australia is to help Papua New Guinea develop a navy base and train police, Prime Minister Scott Morrison said on Nov. 1, the latest Australian action to protect its interests in the Pacific in the face of a more assertive China.

Australia has for decades enjoyed largely unrivaled influence in the Pacific but China has in recent years turned its attention to a region blessed with abundant natural resources.

The battle for influence in the sparsely populated Pacific, where China has emerged as the second-largest donor, matters because each island state has a vote at forums like the United Nations, and controls swathes of resource-rich ocean.

Papua New Guinea (PNG) said this year China was interested in funding the re-development of a navy base on Manus Island, an offer that diplomatic sources said worried Australia and its Western allies.

PNG’s navy is made up largely of patrol boats, mostly donated by Australia, and landing craft.

Australia’s navy would make visits to the new base, Morrison and PNG Prime Minister Peter O’Neill said in a statement.

They did not disclose the cost of the project. Australia has in the past used its aid budget to fund similar security projects in the region.

“Australia was particularly worried about China funding the port…in a strategically important region,” said a Western diplomat who declined to be identified as he is not authorized to speak to the media.

Australia said this year it will use part of a record allocation of aid for PNG to lay an undersea internet cable, assistance aimed at shutting out Chinese telecom giant Huawei Technologies Co Ltd on security grounds. Huawei was blocked from laying a subsea communications cable from Sydney to PNG and the Solomon Islands.

Internet cabling has taken on a particular strategic significance, with Australia establishing a cabling division in its foreign office, since the volume of data they carry and the possibility of eavesdropping raised national security concerns.

In September, the United States was working on a counter-offer to stop Huawei from building internet infrastructure in PNG.

The bid comes two years after Huawei first agreed to build a network there, and as the United States and its allies mount a vigorous campaign to check China’s rising influence in the region by deepening their own diplomatic ties and boosting aid.

Australia has also boosted its diplomatic staff in the region.