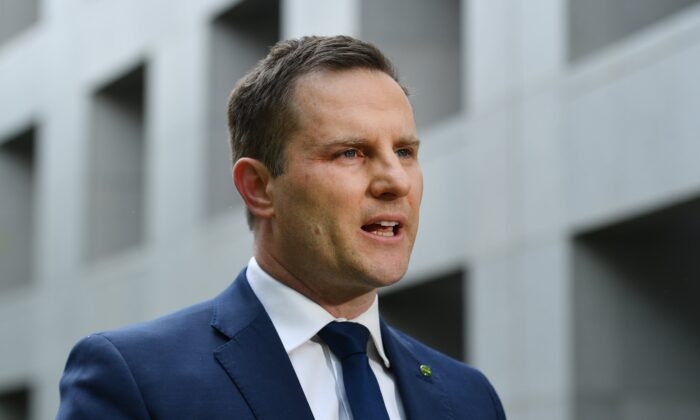 Australia’s federal government will expand one of its skilled refugee migrant employment programs to provide new opportunities for 100 people fleeing Afghanistan and Ukraine.

Splitting the placements with 50 from each country, the scheme will expand the 100 existing placements to 200 in the Skilled Refugee Pilot Program.

Announcing the decision on March 4, the Minister for Immigration, Citizenship, Migrant Services, and Multicultural Affairs, Alex Hawke, said that the program had successfully matched skilled refugees with Australian employers.

“The Morrison Government recognises that in many cases refugees come with a range of skills and qualifications that are highly sought after in Australia, and where they are able to, we should do everything in our power to support them to use those skills,” he said, referring to the leader of the incumbent government, Prime Minister Scott Morrison.

The program is run in partnership with global refugee employment organisation, Talent Beyond Boundaries (TBB). The Australian government hopes the program will allow for additional visa flexibility for candidates from Afghanistan.

TBB Global CEO Steph Cousins said the Skilled Refugee Pilot Program recognises that many refugees have skills and talents that make them an incredible asset to Australia.

“When we give displaced people opportunities to move internationally for work, they’re able to resume their careers, rebuild their lives, and enrich our communities in the process,” Cousins said.

Initially focused on helping skilled migrant refugees, many of whom were living in Lebanon and Jordan, the pilot program was designed by TBB to remove numerous obstacles that refugees encountered when trying to access employer-sponsored skilled migration pathways in Australia.

Among the obstacles the program removed was the required level of English proficiency and the age bracket, which has been extended to 50.

However, Australian employers are required to seek approval from TBB and enter into a company-specific labour agreement with the Department of Home Affairs before they can access the program. Additionally, employers can only sponsor a skilled overseas worker who is trained in one of the 103 approved occupations.

One of the first migrants helped through the pilot has said the program empowered her to aspire to a successful career in Australia.

“Being a refugee has always been a problem for me, but it was never a reason for giving up,” Maya said. “I believed in myself and worked very hard to achieve my goals. Now, I am recognised as a professional civil engineer in Australia and looking forward to many more successful years.”

Meanwhile, Maya’s employer, Bluemar Consulting Engineers, is also pleased with the program and its ability to attract skilled labour to regional areas of Australia, which is often difficult.

“As well as the obvious humanitarian outcomes, hiring a refugee adds further diversity of human capital and technical skills to our team. Attracting labour to regional Australia has always been difficult. The pilot program is an innovative way for us to grow our team and strengthen our business to the benefit of our regional community,” said Shaun Meares, Bluemar’s managing director .

The announcement of the new placements for skilled migrants comes after a Senate inquiry led by Liberal Senator Eric Abez and the late Labor Senator Kimberly Kitching recommended that the Australian government increase funding for humanitarian efforts in Afghanistan, including increased funding to support Afghan refugees and quicker approval processes for humanitarian visa applications.

Meanwhile, Hawk announced in January that a minimum of 15,000 visa places would be allocated to Afghan nationals over four years. This would include 10,000 places within Australia’s existing Humanitarian Program and a minimum of 5,000 visas within the family stream.