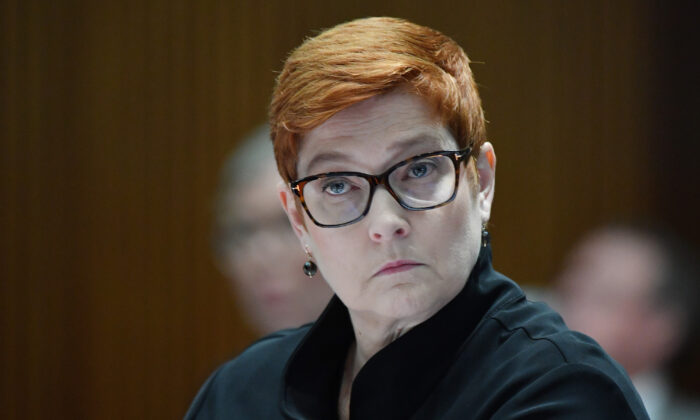 Australia Tears Up Belt and Road Deals With Beijing

Payne exercised recently granted powers under Australia’s Foreign Relations Act to ax four deals in total, all between the Victorian state government and foreign regimes, including Iran, Syria, and China.

The first agreement, a 2018 memorandum of understanding (MOU), saw Victoria pledge to work on infrastructure projects within the Chinese regime’s Silk Road Economic Belt and the 21st Century Maritime Silk Road Initiative, commonly known as the Belt and Road Initiative.

The second axed Victorian deal was a 2019 framework agreement on jointly promoting the BRI.

Payne also canceled a 2004 MOU between Victoria’s Department of Education and Training and the Islamic Republic of Iran, and a 1999 Protocol of Scientific Cooperation between the same department and the Syrian Arab Republic.

“I consider these four arrangements to be inconsistent with Australia’s foreign policy or adverse to our foreign relations in line with the relevant test [under the Act],” Payne said in a statement.

The federal government’s Foreign Relations Act also forced the Victorian state government to hand over documents related to a third secret deal signed between the state and the Chinese regime.

That deal was signed in March 2017, 18 months before the first BRI deal was signed. The secret MOU committed the state to work with Beijing on Victorian infrastructure projects through public-private partnerships (PPPs).

But Andrews maintained that deals with China, such as the BRI, posed no threat to national security and were about generating employment opportunities.

“I’ve always seen these arrangements and all of our arrangements, not just with any one country but with all the different countries, different states, different provinces, different regions that we have relationships with, they’ve always been about a passport to export,” he told reporters in August 2020.

Under the BRI, Beijing is reported to significantly undercut foreign companies for infrastructure bids and provide unserviceable loans to developing countries that can barely afford the projects.

Prime Minister Scott Morrison has said he saw no benefit to Victoria’s deal with Beijing and signaled the agreement would be unlikely to stand under the new laws.

The federal government canceled the four deals under the Foreign Relations Act, which has been in operation since December 2020.

“I have so far been notified of over 1,000 arrangements,” Payne said, noting that the states and territories had completed their initial audits of existing arrangements with foreign national governments.

She said the 1,000 deals she had been notified about and examined “reflect the richness and breadth” of Australia’s international interests and demonstrated the important role played by states, territories, universities, and local governments in advancing Australia’s interests abroad.

“I thank the states and territories for their cooperation and for what is developing as a cooperative approach under the Scheme,” she said.

She said she would continue to examine more foreign deals but expected the “overwhelming majority” to be unaffected.

Henry Jom contributed to this report.