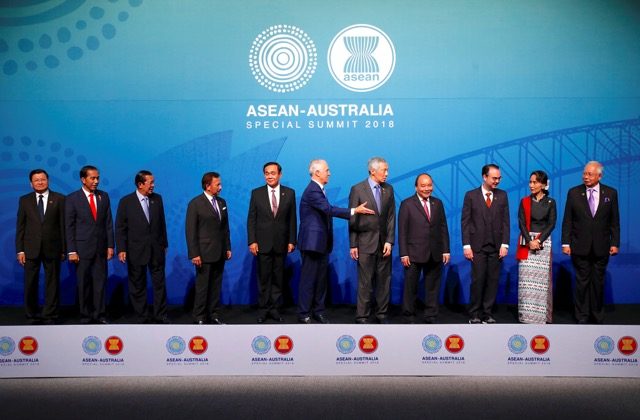 SYDNEY–Australia signed an agreement on Saturday with Southeast Asian nations including Indonesia, Malaysia, Brunei and the Philippines promising to share intelligence to combat terrorism.

Prime Minister Malcolm Turnbull announced the signing of the memorandum of understanding in which Association of Southeast Asian Nations (ASEAN) agreed to share intelligence, co-operate on lawmaking and counter extremism on social media.

Australia is hosting ASEAN meetings this weekend, despite not being a member of the 10-nation bloc, as it seeks to tighten political and trade ties in the region amid the Chinese Communist state’s rising influence.

Turnbull said in a televised address to ASEAN that ISIS’s influence was growing in Southeast Asia after the militants had lost their caliphate in the Middle East.

“They’ll return battle-hardened and trained, so it’s vital for Australia and our ASEAN partners to collaborate across borders,” he said.

“As regional partners, we all play a crucial role in combating these disturbing and dangerous phenomena,” he said.

The new law would force companies providing communications services and devices in Australia to help agencies in investigations, he said in a press release.

“What is also very important is promoting a culture in which radical ideologies find it hard to take root,” he said.