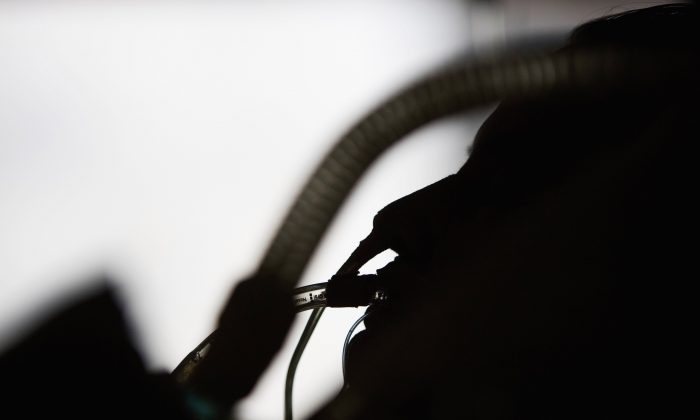 The Australian government needs to do more to combat organ trafficking and transplant tourism crimes, a report from a parliamentary inquiry has recommended.

The report, released by the human rights sub-committee into human organ trafficking and organ transplant tourism on Dec. 3, made 12 recommendations to prevent the illegal trade of human organs in Australia and overseas.

The inquiry—which arose from a series of private briefings with the Falun Dafa Association of Australia, former Canadian secretary of state for Asia-Pacific David Kilgour, and human rights lawyer David Matas—considered whether the country’s organ trafficking laws should be extended to prohibit citizens from travelling overseas for unethical transplants and whether Australia should accede to the 2014 Council of Europe Convention against Trafficking in Human Organs.

According to in-depth investigations by Kilgour and Matas, China has been harvesting organs from prisoners of conscience on a mass scale—mainly Falun Dafa adherents—fuelling a multi-billion-dollar business that benefits CCP officials. Falun Dafa, or Falun Gong, is a traditional spiritual meditation practice that is heavily persecuted in China.

During the inquiry that began last year, experts gave evidence of cases of transplant abuse that have been reportedly occurring in China as well as across the Asia-Pacific region. Experts said that organs used in transplants in China were allegedly sourced from political prisoners, prisoners of conscience, and executed prisoners.

The committee said they were not in the position to decide on the truth of the allegations against the Chinese state but were “inclined to conclude that organ trafficking has occurred in China and may continue to occur, albeit on a lesser scale.” Given the Chinese Embassy’s silence on the allegations, the sub-committee recommended that the Australian government monitor and express concern about the Chinese Communist Party’s (CCP) transplantation practices.

“The onus is on Chinese authorities to demonstrate to the world that they are not overseeing or permitting the practice of harvesting organs from executed prisoners without their knowledge and free consent. In the absence of such a demonstration … the world is entitled to question assertions of claims to the contrary,” the report stated.

Meanwhile, the report also recommended that Australia should accede to the 2014 Council of Europe Convention—a treaty that has governments criminalise certain forms of organ transplantation, including where the donor is not freely consenting, or where the donor or a third party receives financial gain from the transaction.

“Australia has an obligation to demonstrate leadership as a notable organ-importing jurisdiction, and now has the opportunity to do so through accession to the convention,” it said.

Madeleine Bridgett, a member of Australian Lawyers for Human Rights, previously told the inquiry in June that Australia could play a leading role in the Asia-Pacific region “in ensuring all Australians are sourcing organs legally and ethically.”

To date, 23 nations have signed the convention, while Albania, the Czech Republic, Malta, Norway, and Moldova have also ratified the treaty.

A spokeswoman for NSW Greens MLC David Shoebridge told The Epoch Times that the recommendations from the report are a “clear recognition” that New South Wales (NSW) and Australian laws are not currently strong enough to deter Australians from participating in the unethical sourcing of human organs while overseas.

“I think the report writers have rightly not accepted the position that what is being done [by China] is sufficient,” she said. “What we are calling for [the federal government] to do is to take immediate action on it.”

Shoebridge is seeking to pass a bill in the NSW Parliament that will “at the very least” prohibit members of the NSW community going overseas and buying illegally harvested organs.

The bill includes amendments to the state’s Human Tissue Act 1983 requiring medical professionals to report to the NSW Secretary of Health when they believe that one of their patients has received an organ from a non-consenting donor.

With the NSW government elections fast approaching in March, Shoebridge’s office said, “We’ll will be looking for both parties to support the moves we’ve made in NSW.”

The report also stated that the controversial Real Bodies exhibition is illustrative of an apparent gap in Australia’s current legislation.

The exhibition of 20 plastinated human bodies and 200 plastinated body parts was on display to the paying public at Sydney’s Entertainment Quarter for six months despite serious ethical concerns that the exhibitor Imagine Exhibitions had no consent documents or identification papers to confirm the origin of the bodies.

In a statement to Newscorp, president of Imagine Exhibitions Tom Zaller, said he had been assured by his business partner, Dr. Sui Hongjin, that the cadavers were “legally donated,” unclaimed bodies sourced from the city morgue in Dalian, China, from individuals who had died from “natural causes.”

But Kilgour told News.Com.Au that he “worried greatly that none of what is claimed for the exhibits is correct,” based on what he had uncovered in his extensive research.

Various reports also corroborate Kilgour’s concerns. The sub-committee cited a 2004 Der Spiegel report mentioning that multiple human cadavers sourced from Sui between 2000 and 2004 were observed to have bullet holes in their skulls. Sui had also stated in email correspondence dated Dec. 29, 2001, that he had obtained two “very fresh” cadavers which had just been shot and had their livers removed, allegedly for transplantation purposes.

Shoebridge said that when the Real Bodies exhibition opened in NSW, “we found that the NSW Police were unable to intervene because the law did not provide clear enough guidance that this was an offence under NSW law,” according to statement.

Given the strong assertions made in the sub-committee’s report, Shoebridge said on Dec. 4, “We must urgently implement the recommendations of this report to ensure any bodies brought into this country for display have fully and freely consented.”

The report concluded that the gap between the number of people who needed an organ and the number of organs available is driving demand in the illegal trade of human organs.

The committee’s chair, Liberal MP Kevin Andrews, said that when patients become desperate, they may turn to transplant tourism.

“This practice gives hope to the desperate but comes with serious medical risk both for the donor and the organ reciprocates and often exploits the poorest and most vulnerable in communities,” he said in a statement.

In Australia, more than 1,400 people are waiting for an organ, while a further 11,000 are on kidney dialysis.

The report recommended that in order to address the shortfall, the federal government should improve organ donation rates through a number of measures like funding and awareness campaigns. But policy and legislative measures should be strengthened to prevent citizens from obtaining illegal transplants in Australia or overseas.

The government will have three months as set by the Senate to respond to the recommendations in the report.