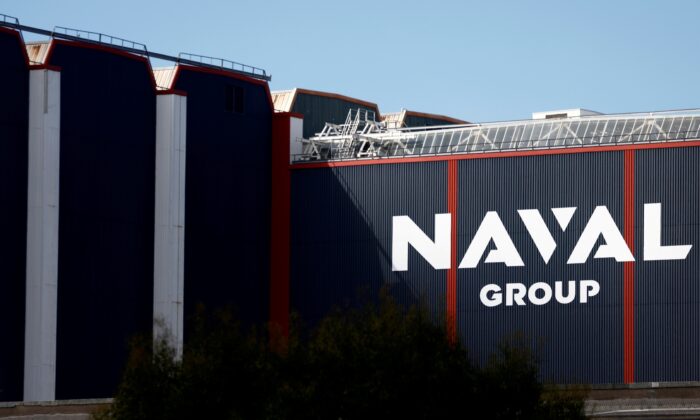 The logo of Naval Group is seen at the French naval base in the shipbuilding town of Cherbourg-en-Contentin, France, on Sep. 23, 2021. (Stephane Mahe/Reuters)
Economy

Australia Sees Trade Deal With EU by End of 2022: Minister

ROME—Australian Trade Minister Dan Tehan said on Friday he expected to finalise a free trade agreement with the European Union by the end of next year, despite the EU’s anger over Canberra’s cancellation of a submarine contract with France.

Brussels postponed the latest round of talks, which were due to start on Oct. 12, until November in solidarity with France after Australia scrapped the multi-billion dollar deal that Paris considered the cornerstone of its Indo-Pacific policy.

Instead, it secretly negotiated to build at least eight nuclear-powered submarines with U.S. and British technology as part of a trilateral security pact between the three countries announced last month.

Tehan, in Italy for a meeting of the Group of 20 (G-20) developed countries, told Reuters in an interview he was not concerned by the delay in the talks, and reaching an agreement was strongly in the interests of both sides.

Asked when he expected it would be finalised, he said: “I suggest it’s likely the end-game will take some time and we’ll be looking towards the end of next year to conclude negotiations.”

He played down the damage to EU-Australian relations over the submarine dispute, and said he had “very good discussions” with seven EU ministers at a meeting this week of the Organisation of Economic Cooperation and Development in Paris.

It will be more difficult to mend ties with France, which described Australia’s actions in walking away from the naval deal as a “stab in the back” and has so far declined any talks to patch things up.

Tehan said Australia had issued an open to France.

“The most important thing is that we sit down so Australia can fully explain the decision we took because it was in our national interest,” he said.

France said on Oct. 6 week it would send its ambassador back to Australia to help redefine relations after recalling him for consultations in protest.