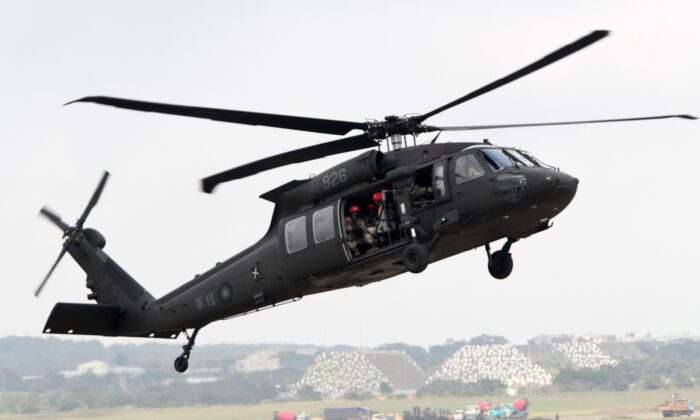 The Australian federal government will be retiring its entire fleet of European-made Taipan helicopters around 15 years earlier than planned in favour of U.S.-made Black Hawks and Seahawk helicopters.

“The performance of the MRH90 Taipan has been an ongoing and well-documented concern for defence and there has been a significant effort at great expense to try to remediate those issues,” Defence Minister Peter Dutton said in a statement.

Dutton said the UH60 Black Hawk is the most widely used helicopter model in the world and has been in service for the U.S. Army for over a decade.

The government will be looking to bring in up to 40 Black Hawks to replace the outgoing fleet of 41 Taipans.

“There are about 1000 of those in operation around the world. Obviously, the Americans use it very heavily,” Dutton told 9 News. “For the interoperability with the U.S. and Australia, which is increasingly important for us given the instability in our region, the Black Hawk made perfect sense.”

Prime Minister Scott Morrison said the government wanted to make sure the defence forces have the best possible equipment to defend the country.

“And the Black Hawks will provide that,” Morrison said. “Australia has been lifting our effort when it comes to defending our nation … particularly under the AUKUS agreement and moving towards the nuclear fulfilled submarines, I think demonstrates our commitment.”

Deputy Opposition Leader Richard Marles agreed that the Black Hawks were a “fantastic platform,” but criticised the government for the number of defence projects being scrapped.

It comes after the Royal Australian Navy announced in October that it would replace six Taipans with 12 U.S.-made Seahawk helicopters for around $1.3 billion (US$985 million).

In June, all 47 Taipans had been grounded following safety and maintenance concerns.

Another issue revealed last year during a Senate hearing was that the door was not wide enough to allow for the rappelling of troops and the firing of the helicopter’s side gun at the same time—forcing the fleet into the third round of adjustments.

The scrapping of the Taipan also comes on the heels of Australia cancelling the $90 billion diesel-powered submarine program with a French defence contractor in favour for at least eight nuclear-powered submarines from the U.S. as part of the AUKUS agreement.