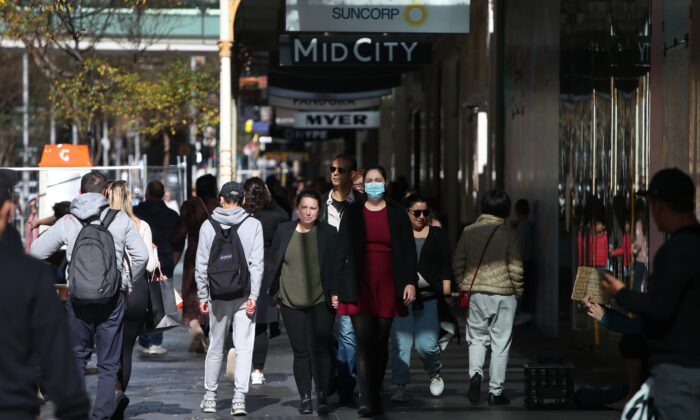 Australian annual inflation rate hit 6.1 percent in June, reaching the highest level since the country introduced the GST in 2000 and expected to send a strong signal to the central bank for another interest rate hike in August.

According to the Australian Bureau of Statistics (ABS), the consumer price index (CPI) jumped by 1.8 percent in the June quarter, when the price of iceberg lettuce on supermarket shelves soared to $10 (US$6.94).

“The annual rise in the CPI is the largest since the introduction of the goods and services tax,” Australian Bureau of Statistics Head of Prices Statistics Michelle Marquardt said.

The CPI outcome was not much different from previous financial market expectations of an annual rate of 6.2 percent.

However, the current annual result was higher than the 5.1 percent recorded in the March quarter. During that period, inflation grew at the fastest pace in 21 years.

Prior to the release of the ABS report, Prime Minister Anthony Albanese warned Australians of a greater annual inflation rate.

“But it is also expected to peak and then to decrease over a period of time,” he told ABC television.

The report indicated that the rising cost of fuel, food and groceries, housing and furnishings was primarily responsible for the growth of inflation in the June quarter.

In particular, automotive fuel prices soared by 32.1 percent during the past 12 months, while furnishings, household equipment and services were up 6.3 percent.

In addition, the prices of food and non-alcoholic beverages grew by two percent in the quarter and 5.9 percent over the year.

Price increases were recorded across all food and non-food grocery products (excluding pork) in the June quarter, with fruit and vegetables witnessing the highest growth at 5.8 percent, followed by bread and cereal at 3.1 percent and non-durable household products at 2.3 percent.

Regarding housing, the prices of new dwellings surged by 5.6 percent in the quarter and 20.3 percent over the past year.

Inflation Rising All Over The World

Meanwhile, inflation is growing around the world following Russia’s invasion of Ukraine, which contributed to rising global commodity and fuel prices. This, in turn, added pressures on manufacturing and transport and freight costs.

In the United States, inflation rose to 9.1 percent in June, the highest level since November 1981.

Similarly, the annual inflation rate in the United Kingdom rose by 0.3 percent to 9.4 percent in the same month, while New Zealand’s CPI also climbed to 7.3 percent in the three months to June.

Economists and financial markets now expect another cash rate hike by the Reserve Bank of Australia at its August board meeting.

The market consensus is that the cash rate will go up by 0.5 percent to 1.85 percent next month as the central bank is trying to bring inflation down to the two to three percent target band.