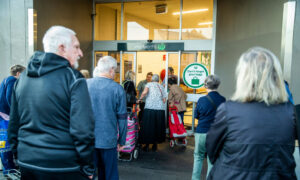 Australian Consumer Price Up, But Predicted to Fall Due to Pandemic
0 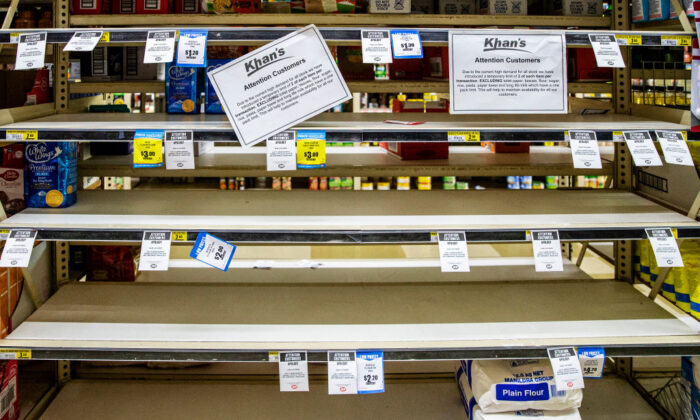 The latest data released by the Australian Bureau of Statistics (ABS) on July 29 reveals that the Consumer Price Index (CPI) has suffered its most significant quarterly fall in the statistics history causing deflation for only the third time on record.

The Chief Economist for the ABS, Bruce Hockman noted that the CPI dropped by 1.9 percent, which ABS data indicates is the “largest quarterly fall in the 72-year history of the CPI.”

“Since 1949, this was only the third time annual inflation has been negative,” Hockman said.

Created through the costing of items such as food, clothing, housing, transportation, communication, education and insurance services, the ABS explains that CPI is essentially a measure of the usual quarterly household expenditure in Australia and an indication of the rises and falls in inflation when compared quarter to quarter.

Speaking at a press conference on July 29 Prime Minister Scott Morrison said the numbers were “quite unique,” to this “extraordinary circumstance.”

“Clearly, the impact of the pandemic which has induced the COVID-19 recession is having a negative impact on the economy, and I think everyone understands that,” Morrison said.

ChildCare and Fuel A Major Driver of CPI Drop

The largest contributor to the CPI drop in this financial quarter has been the absence of child care costs with cost plunging by 95 percent as the service was offered for free from April 6  as part of the government’s pandemic response.

The other two significant draggers were automotive fuel, which fell by 19.3 per cent due to the limited demand from lockdown restriction, and free preschool and primary education (fell 16.2 per cent) in NSW, Victoria and Queensland.

“Excluding these three components, the CPI would have risen 0.1 per cent in the June quarter,” Hockman said.

But the ABS did note that the prices for household essentials like cleaning and maintenance products rose by 6.2 percent and non-durable household products, which include toilet paper went up by 4.5 percent.

While the general decrease in prices is a good thing as it gives consumers greater purchasing power, deflation typically reflects economic depression that associates with a dramatic rise in unemployment, or a sharp slump in incomes and aggregate demand.

An extended deflation is seen by economists a threat to economic growth as it discourages consumer spending and business investment, thus stifling further employment opportunities.

Earlier this year, the Reserve Bank of Australia has hinted inflation would turn negative in June due to market and policy response to the pandemic.

“In terms of inflation, we are also expecting a significant decline in the June quarter,” Governor Philip Lowe predicated in April during his speech on the economic outlook. “The large fall in oil prices, combined with the introduction of free childcare and the deferral or reduction in some price increases mean that it is quite likely that year-ended headline inflation will turn negative in June.”

JPMorgan economist Tom Kennedy said a rebound in inflation is likely in the third quarter, with the childcare-subsidy scheme having ended on July 12.

“Looking forward, the government’s childcare subsidy has now lapsed, meaning the June quarter drag will be unwound and deliver a sharp inflationary impulse this quarter,” he told AFR.