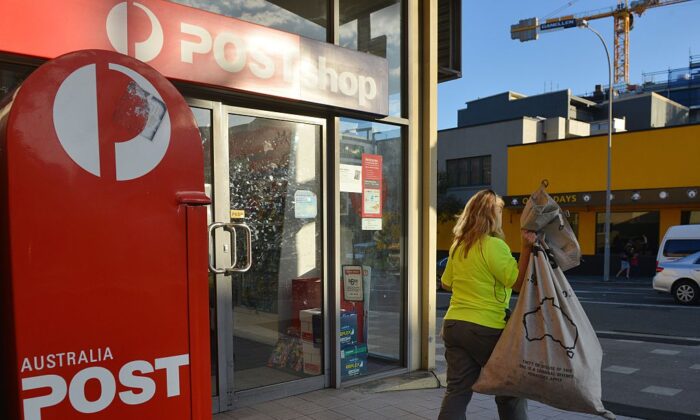 A worker carries a sack of letters after emptying a post box outside an Australia Post office in Sydney on June 26, 2015. Australia Post was June 26 expected to axe hundreds of jobs as it struggles with growing losses from a decline in letter volumes despite growth in its parcels business. AFP PHOTO / Peter PARKS (Photo credit should read PETER PARKS/AFP via Getty Images)
Australia

Australia Post spent $12,000 on luxury watches to reward four senior staff for clinching a deal to do banking at post offices.

Chief executive Christine Holgate confirmed the $3000 Cartier watches were handed out as an award for working on the Bank@Post agreement with three major banks.

“They were a small number of senior people who’d put an inordinate amount of work in,” she told a Senate estimates hearing in Canberra on Oct 22.

“They did receive an award on behalf of the chair, myself and the board.”

Boys said the organisation took great care of $7.4 billion worth of expenses.

“Do you, Ms Holgate, consider it appropriate to use taxpayers’ money for Cartier watches for already highly remunerated Australia Post executives?” she asked.

But the chief of the government business enterprise said public money was not used.

“We do not receive government funding,” Holgate said.

“We are a commercial organisation. It was a recommendation from our chair that these people get rewarded.”

Senator Kitching lashed the board for failing to appear at estimates, describing them as invisible men and women.

Holgate did not receive a watch but senior executive Gary Starr, who also appeared before the committee, did.

Starr was not wearing the watch and denied he had given it away as a gift.