India was not invited to the forum 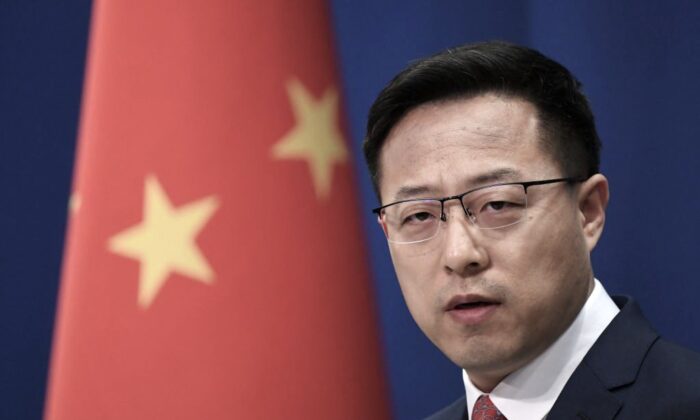 Australia and the Maldives clarified that none of their government officials attended the China–Indian Ocean Forum held on Nov. 21, which the organizer claimed had gathered representatives from 19 countries, excluding India.

Their remarks were made in response to event organizer China International Development Cooperation Agency’s (CIDCA) joint statement on Nov. 22, which listed the Maldives and Australia as participating nations.

The Maldives’ Foreign Ministry said that “there was no official representation by the government of Maldives” at the forum, and that it had already informed the Chinese Embassy of its decision not to participate.

“Furthermore, participation by individuals or group of individuals from the Maldives does not constitute official representation by the government of Maldives,” the ministry said in a statement on Nov. 27.

The China–Indian Ocean Forum was held in Kunming, Yunnan province, and co-hosted by CIDCA and the People’s Government of Yunnan Province of China. India was not invited to the forum, despite being a vital nation in the Indian Ocean.

Chinese Foreign Ministry spokesman Zhao Lijian was asked by a reporter about the statements made by Australia and the Maldives, but he refused to respond.

“The competent authorities of China have also put out a detailed readout and held a press briefing about the event. If you are interested in knowing more details, I would refer you to them,” he said at a press conference.

Meanwhile, the Chinese Embassy responded by saying that the Maldives’ refusal to participate in the forum was “regrettable” as it would have helped the country “address its concerns on climate change and development of its blue economy,” ANI News reported.

India and China have both sought to expand their regional influence in the Maldives and other Indian Ocean nations. China invested in many infrastructure projects in the Maldives under the former Abdullah Yameen Abdul Gayoom administration.

Relations between India and the Maldives improved after Maldivian President Ibrahim Mohamed Solih took office in 2018. Solih touted an “India-first policy” and pledged that relations with India remained “the highest priority” for his government.

Sameer Lalwani, a senior fellow for Asia strategy at the Stimson Center, wrote in Politico in August that Beijing’s ambitions in the Indian Ocean have previously not attracted much attention but noted the Chinese regime had built dozens of advanced warships, which seemed to be destined for the region. Eighty percent of global sea trade transits the area.

A 2021 report (pdf) by the U.S. government estimated that China could build as many as 67 new major surface combatant vessels and 12 new nuclear-powered submarines by 2030.

This is concerning to the United States and its allies, with another Pentagon report (pdf) arguing that if China did establish military superiority in the Indian Ocean, it could allow Beijing to threaten maritime trade routes and even stop the U.S. military from moving through the region if there were a conflict in Asia.

“With an unchecked fleet able to exercise control in the Indian Ocean—even if for legitimate purposes to protect trade and investments—China could intimidate states militarily and economically, just as it has done in the South China Sea for years, and more recently with Bangladesh, the Maldives and Indonesia,” Lalwani wrote.

“It could engage in unsafe conduct close to ships and planes, harass commercial or naval vessels, and enter other countries’ waters and airspace.”