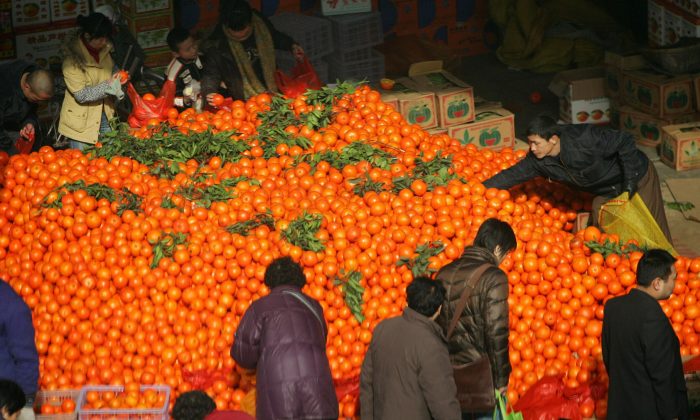 SYDNEY—The Australian bourse said on July 19 it is investigating the mass resignations of directors at two Australia-listed Chinese agricultural companies, in one case over a rumored probe of criminal connections to its plantations in China.

One of the firms recently losing directors, citrus grower Dongfang Modern Agriculture Holding Group Ltd, told the exchange late on July 18 that the abrupt resignations in June of almost the entire board was due to a rumored criminal investigation of its plantations.

Dongfang had given no explanation when the resignations occurred last month, which also included its CEO and company secretary, but attributed them to the rumors in a letter responding to the exchange’s queries late on July 18. The letter added that the rumors were false.

“There are similarities with the query letter sent to another Chinese company recently,” Australian Stock Exchange spokesman Matthew Gibbs said in a statement, adding that Bojun Agriculture Holdings, a manufacturer of processed fruit products, was the second company being investigated.

The abrupt departures raise corporate governance questions and cast a cloud over the practice of numerous Chinese companies seeking listings in Australia in order to avoid regulatory hurdles at home.

In Dongfang’s letter, its lawyers said the company believed two directors quit after hearing rumors that officials in the southeast China city of Ganzhou interviewed staff and were investigating “criminal connections”.

“These rumors were not true,” said the letter, which was published by the ASX.

“Because the independent directors could not investigate this rumor for themselves by visiting the plantations they tendered their resignation due to the seriousness of the rumors even though the rumors were false.”

Those resignations prompted two more directors to quit and then the CEO, Chiu So, “resigned also because he was seeking another career development”, the letter said. The company secretary then also quit.

Shares in Dongfang, which listed at A$1.06 in 2015, were suspended in June after the resignations left the company without a sufficient number of directors. They last traded at A$0.83, giving the firm a market capitalization just below A$350 million ($250 million).

Bojun Agriculture told the exchange in a letter on July 16 that two Australian directors and the company secretary had resigned following the departure of its auditor in June last year. It said the resignations had been over “miscommunication” between directors.

In their report, the auditors had said there was “a risk that the Group has recorded fictitious expenses that do not belong (to) the Group,” the letter showed.

Bojun and Dongfang did not respond to emailed requests for comment.

Former Dongfang CEO So said by phone the rumors were wrong, without elaborating.

Bojun and Dongfang are among dozens of small Chinese firms to list in Australia in recent years, lured by the prospect of a simpler public offering process and less volatility than markets at home.

Dongfang was among more than 40 Chinese firms that the ASX wrote to in 2017 asking whether China’s crackdown on capital outflows presents them any difficulties.

Dongfang said it was actively looking for replacement directors.

By Tom Westbrook and Paulina Duran