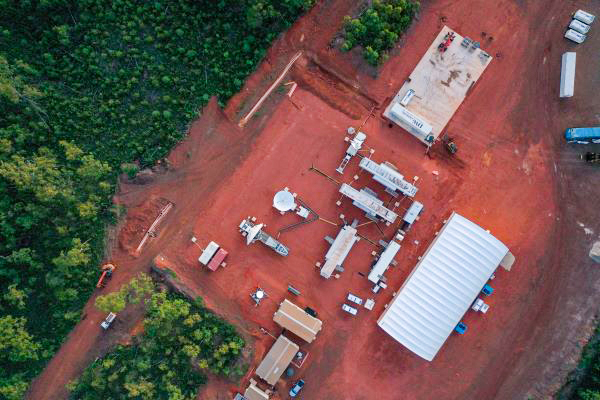 Australia’s Northern Territory (NT) saw the successful launch of the first of three NASA rockets from the Arnhem Space Centre (ASC) on Sunday, marking NASA’s first-ever launch from a fully commercial spaceport and the first-ever commercial launch in Australia.

Along with the other two launches scheduled for July 4 and 12, the rocket conducted astrophysics studies only possible from the Southern Hemisphere, Equatorial Launch Australia (ELA)—owner and operator of the ASC—reported on Sunday.

Executive Chairman and Group CEO of ELA, Michael Jones, called it a historic night for ELA, celebrating the first of many launches to take place at the Arnhem Space Centre.

“We are delighted to announce the successful completion of our first commercial space launch with our customer, NASA,” he said.

“We could never have dreamed of having such a supportive, experienced and professional partner as NASA. They have been unbelievably generous in helping us through this journey and we will be a much better organisation for their support.”

Jones went on to say that Sunday’s launch puts ELA at the forefront of global commercial space launch and confirms that Australia can provide access to space.

“Today, we have achieved a remarkable feat and made a huge mark in the history of Australia’s journey in space,” he said.

The ASC is located 12 degrees south of the Equator on the Gulf of Carpentaria, providing unique benefits for space launches,

Sunday’s launch took place at 12:00 a.m., sending up a BBIX rocket to travel over 300 kilometres in space to observe the Alpha Centauri A and B constellations via an atmospheric observation/sensing platform on board.

NT chief minister Natasha Fyles said the launching of a rocket from Arnhem Land—a vast and culturally rich wilderness area in the northeast of the Northern Territory—is an incredible milestone for Australia in establishing the NT as a significant player in space exploration.

“ELA and NASA are rocketing East Arnhem Land into the global spotlight for investors—this will help our industry grow, create more jobs for locals and more opportunities for businesses to expand,” she said.

The ASC is located on the lands of the Gumatj people, who were consulted as part of the project approval process and have played an important role in the construction of infrastructure for the ASC.

“Working with the Gumatj people in launching the rockets into space combines one of the oldest cultures in the world with some of the most advanced technology ever,” Fyles said.

Meanwhile, Gumatj Corporation Chairman Djawa Yunupingu said that his community wants to create a bright future for local families, taking up new opportunities, including in the space industry.

NASA has a “clean range” policy, meaning everything involved in the launch, including spent motor cases and payloads, will be removed from the site and downrange areas afterwards and returned to the U.S.