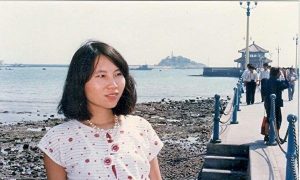 Update: Later on Jan. 23, DFAT released the following statement on its website: “On 23 January the Chinese authorities informed the Australian Embassy in Beijing that they have detained Mr Yang Hengjun. The Department is seeking to clarify the nature of this detention and to obtain consular access to him, in accordance with the bilateral consular agreement, as a matter of priority.”

On the afternoon of Jan. 23, the Sydney Morning Herald and the Age reported that Yang was detained by 10 security agents moments after arriving at an airport in China. A witness confirmed the incident, according to SMH.

SYDNEY—Australia is investigating the whereabouts of a Chinese-Australian, its Department of Foreign Affairs and Trade (DFAT) confirmed on Jan. 23 after a local newspaper report raised fears that the dissident and former diplomat, Yang Hengjun, has been detained in China.

The Sydney Morning Herald (SMH) newspaper reported on Jan. 23 that friends were fearing that Yang, a spy novelist, political blogger, and former Chinese diplomat who is now an Australian citizen, had been detained because he had not been reachable for several days.

“Yang Hengjun was detained by 10 security agents shortly after arriving at an airport in China, according to a source who witnessed the incident.” That was Saturday. ⁦@Ageinvestigates⁩ ⁦@Rory_Medcalf⁩ https://t.co/gGmkd007St

According to SMH, Yang had flown to Guangzhou from New York on Jan. 18 despite friends warning him that it would be dangerous to travel to China. He had told one of his friends, Dr. Feng Chongyi, an academic at the University of Technology (UTS) in Sydney, that he didn’t think he would be a target.

Feng, who had supervised Yang’s doctorate at UTS, told SMH Yang believed he had “done nothing to offend the authorities over the last two or three years.”

But Yang has previously criticized what he described as interference by the Chinese Communist Party in Australia, according to Reuters.

Yang had previously worked in different arms of the Chinese Communist Party, including the Ministry of Foreign Affairs in the United States and Hong Kong before he settled in Sydney with his family.

Feng and another friend of Yang were the ones to report him as missing to DFAT. Yang has not been heard from since Jan. 18, including on social media.

“I believe he is in custody of the Ministry of State Security (MSS) in Beijing,” Feng told Reuters.

If Yang was grabbed by state security in Guangzhou on Saturday and the #China–#Australia consular agreement specifies that Canberra be informed within 3 days of any Australian being detained here why is Australia having to ask for information about this today? Isn’t time up?

Feng told SMH that he had spoken to Chinese contacts with connections to the security services who confirmed Feng’s suspicion that Yang had been detained by the MSS. He added that Yang had then been scheduled to fly on to Shanghai but never arrived, and that relatives and close supporters of Yang believe that Yang’s wife and her child were allowed to fly to Shanghai.

According to SMH, it is understood that Yang was trying to bring his wife and young son to Australia under a family reunion visa.

China’s Ministry of Foreign Affairs and Ministry of Public Security did not respond immediately to requests for comment when approached by Reuters.

A DFAT spokesperson confirmed the department was investigating but did not mention Yang’s name on Jan. 23.

“The Department of Foreign Affairs and Trade is seeking information about an Australian citizen who has been reported missing in China. Owing to our privacy obligations we will not provide further comment,” a DFAT spokesperson told The Epoch Times.

Reuters reported that a source familiar with the investigation said Australian officials had contacted Chinese officials overnight to ask about Yang.

On Dec. 1, 2018, Canadian authorities arrested Huawei Chief Financial Officer Meng Wanzhou at Vancouver International Airport at the request of the United States for her involvement in a scheme to use the global banking system to evade U.S. sanctions against Iran.

The detention of Kovrig and Spavor’s was widely seen as retaliation by Beijing for Meng’s arrest.

Feng told The Washington Post, “My judgment is this is linked directly to the Huawei case.” He said he felt it was possible that the officials responsible were taking a harder line against citizens of countries aligned with the United States.

China expert John Garnaut, also a friend of Yang, told SMH: “Let’s hope he [Yang] reappears today and we can all agree there’s just been a misunderstanding. Nobody wants an Australian Michael Kovrig.”

Garnaut wrote to Twitter: “Dr. Yang is not only brilliant but extraordinarily popular among the Chinese-speaking world. And a courageous and committed democrat. This will reverberate globally if authorities do not quickly find an off-ramp.”

On late Dec. 30, 2018, Australia’s Foreign Affairs Minister Marise Payne expressed concerns in a statement to local media over Beijing’s detention of the two Canadians but only after a group of 30 scholars, foreign policy experts, and former diplomats petitioned for Payne to do so earlier that day. The statement stopped short of joining Canada in calling on Beijing to immediately release the two detained Canadians, as requested by the petition.