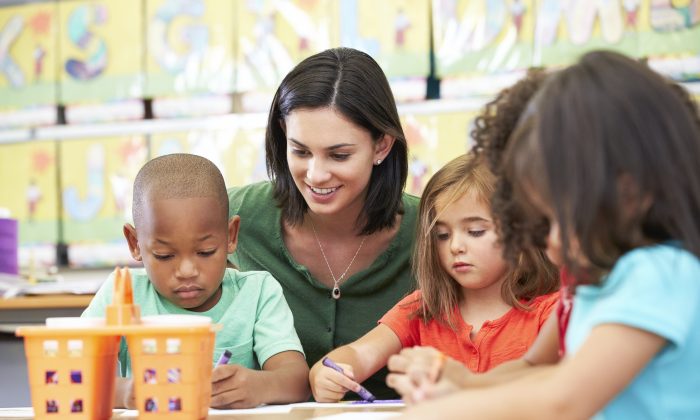 The Australian Federal government has announced that childcare subsidies (CCS) have increased for families with at least two children in childcare by 30 percent as of March 7.

“These measures will ease the cost of childcare for about 250,000 families across Australia who on average will be $2,260 (US$1674) a year better off. That means more money in their pocket each week,” the acting minister for education, Stuart Robert said.

The Coalition is also promising a 30 percent increase to subsidies for the younger child in childcare for families that have at least two children aged five or younger in child care.

The percentage increase in subsidy is capped to 95 percent and is only eligible for families with an overall income under $354,305 (US$262,561) annually.

The Coalition promises that the higher subsidy will increase support for working families and bring the “childcare costs down significantly” for low and middle-income families with more than one child.

“For a family who are charged a typical fee and earn $120,000 a year with two children in childcare for five days per week, the saving will be $144 per week compared to current settings,” Robert said on Mar. 7.

Minister for Women’s Economic Security, Jane Hume, said that the funding has the “potential to remove barriers and to provide opportunities” with record levels of childcare funding supporting Australian families.

However, Georgie Dent, executive director of the parents’ community The Parenthood said that with a million families using childcare and only 250,000 parents eligible for this scheme, “only a quarter of families will benefit from these changes,” she said on the Today Show.

“We also can’t overlook the fact that even just in the last year, childcare fees have increased by 6.5 percent, and they’re estimated to increase by a further 6 percent.”

“So, these savings are going to unfortunately, be eaten up very, very quickly.”

Dent said that the current CCS “isn’t working” and called for a new system to subsidise childcare “that delivers the best possible outcomes” for children, educators and parents.

The Labor Party Leader Anthony Albanese has proposed his plan in Oct. 2020, to subsidise 90 percent of childcare fees for all Australians that have an overall income of $530,000 or under.

This will allow around 97 percent of Australian families to have their childcare subsidised, including families from high income backgrounds.

However, the Coalition have criticised ALP’s plans as creating “dependence” rather than empowerment.

In a government analysis cited by the Herald Sun, the ALP’s proposal will allegedly cost the country an additional 64 million in the next ten years if put into action.

Minister for Government Services, Linda Reynolds said that ALP’s “universal childcare” is for millionaires whilst the Coalition is targeting childcare spend on carers, especially women so that they “get the choices they expect and deserve.”

“While Labor prefers higher taxes, the Morrison Government is focused on reducing the cost of living pressures for families,” Reynolds said.