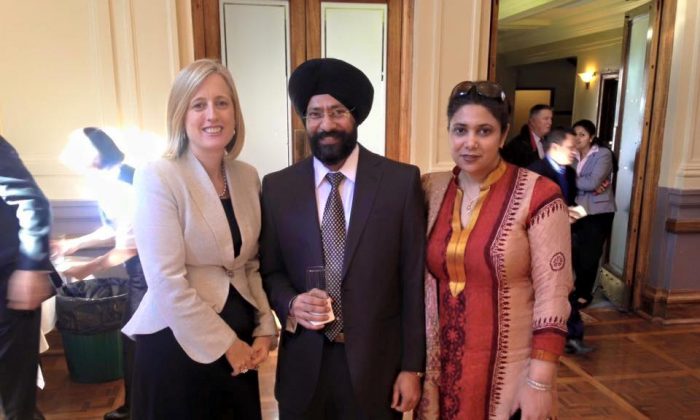 SYDNEY—Australia’s High Court has ruled an 11th lawmaker must leave parliament after discovering she was a dual national, the Australian Broadcasting Corp reported on Wednesday, which prompted four more lawmakers to quit amid a widening citizenship crisis.

The court found that opposition Senator Katy Gallagher was a British citizen at the time of her election, and ineligible for office under the constitution, the ABC said.

Senator Gallagher has argued that she had taken appropriate action to renounce her foreign status before the 2016 nominations for the federal poll closed. But the Commonwealth says that she was still too late, as the UK Home Office did not registered her renunciation until August, more than a month after the election. Gallagher first joined the senate in 2015.

Dual citizens are blocked from national elected office under Australia’s 117-year-old constitution. The decision prompted four other lawmakers in similar predicaments to Gallagher to resign, triggering by-elections for their lower-house seats.

Gallagher and the other four are not members of Australia’s ruling center-right coalition, keeping its slender majority safe, but the resulting polls will be a litmus test of the public mood and Prime Minister Malcolm Turnbull’s popularity ahead of a general election due next year.

He said the Queensland state seat of Longman, held by Labor’s Susan Lamb on a knife-edge margin until her resignation on Wednesday, was a bellwether contest.

“If Labor was to lose that, it’d be a huge fillip for Turnbull,” Economou said.

“On the other hand, if Labor was to win with an increased majority, that would be a sign that there’s a problem for the government,” he said.

Lamb said she intended to recontest her seat and Labor MPs Josh Wilson and Justine Keay, who also resigned on Wednesday, and independent member Rebekha Sharkie, said they would do likewise in their separate electorates.

Dates for the by-elections have not been set officially but could be as early as mid-June.

Gallagher, who said she was disappointed but accepted the court ruling, will be replaced by another Labor politician in the Senate.

“The High Court has adopted the strictest possible reading,” George Williams, professor and Dean of Law at the University of New South Wales in Sydney, told Reuters.

“I’m surprised by the result. I think it delivers a proposition that is unworkable … because of how hard it will be to comply with these requirements now,” he said.

In a nation in which half the 24 million population were either born overseas or have parents who were, the dual citizenship rule has cut a swath through the national parliament.

It has prompted the departure of 15 lawmakers and last year briefly left Turnbull’s Liberal-National coalition clinging to a minority government.

Gallagher, who was born in Ecuador to British parents and was conferred British citizenship, filed paperwork and paid processing fees to renounce it more than two months before being elected in July 2016.

However, she did not get confirmation from the British Home Office that her renunciation had been processed until after she was elected, according to documents she disclosed to parliament last year.

Adherence to the dual-citizenship rule came under the spotlight last year as former Deputy Prime Minister Barnaby Joyce was forced into a by-election to retain the government’s one-seat majority in the lower house after his High Court ruling.