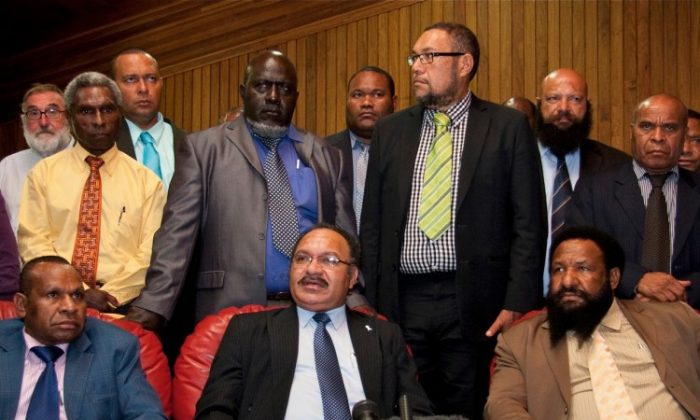 This is amidst calls by the country’s Deputy Prime Minister, Belden Namah to defer the election for 12 months, allowing his government to fully implement its major po­licies, reported PNG’s The National.

“The projects will not be implemented and the government policy of free education and free health care will be dismantled”.

The electoral commissioner of PNG however, Andrew Trawen urged the election to go ahead as soon as possible, stating that “there’s no room for any deferment”, reported The Australian.

“The term of five years will come to an end very shortly, so there’s no room for any deferment.

The issue of postponing the elections became a heated discussion in parliament after a report stated the electoral roll was less than two thirds complete, just two months until election campaigns are set to begin on April 27.

Australia is offering 23 million kina (approx A$10 million) to encourage a successful election.

According to Australia’s high commissioner Ian Kemish, 118 computers were given to the Electoral Commission in total, three staff for the electoral commission and four hired PNG national IT staff.

“They will be answering to the electoral commissioner,” says Mr Kemish.

“We think what’s best for Papua New Guinea is what the prime minister himself has been saying, elections on time.”

PNG’s PM Peter O’Neill has repeatedly stated that he’d like the elections to go as scheduled.