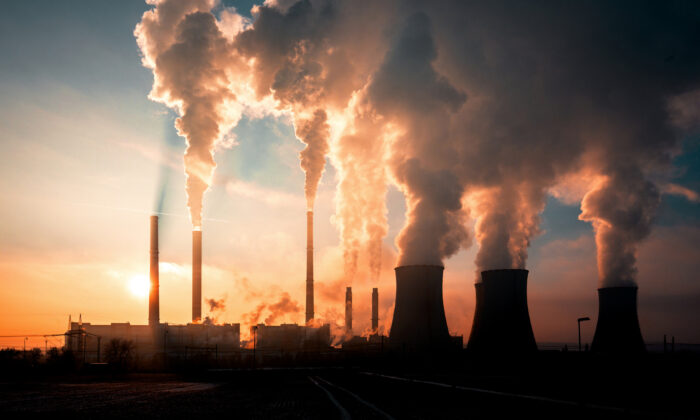 The United Nations’ Intergovernmental Panel on Climate Change (IPCC) has warned Australians they will need to brace for an increase in hot days, heatwaves, bushfires, droughts, sea-level rise, ocean warming, ocean acidification, and other extreme events, while others fear the conclusion is alarmist, irresponsible, and misleading.

“The region faces an extremely challenging future,” the report said. “Reducing the risks would require significant and rapid emission reductions to keep global warming to 1.5-2.0 degrees celsius, as well as robust and timely adaptation.”

The report also pointed to what it called a cascading effect that had already led to the risk of “irreversible change” in some instances, such as species extinction, through events like bushfires that has “led to excess deaths and increased rates of many illnesses.”

“Another example is the 2019-2020 southeastern Australian wildfires which burned 5.8 to 8.1 million hectares, with 114 listed threatened species losing at least half of their habitat and 49 losing over 80 percent, over 3,000 houses destroyed, 33 people killed, a further 429 deaths and 3,230 hospitalizations due to cardiovascular or respiratory conditions.”

Bushfires, like the Black Summer bushfires of 2019-2020—one of the worst in Australia’s recent history— are a predominant aspect of the Australian landscape, and over the last century have occurred at least once every decade, with the worst in 1974-1975 which burned 117 million hectares—15 percent of Australia’s total land area.

The findings of the report have spurred discourse amongst Australian environmental groups over the need for Australia to accelerate its emissions reduction efforts, which includes cutting coal and transitioning to more renewable energy generation.

But a spokesperson for Prime Minister Scott Morrison noted that Australia had officially reduced emissions faster than some of its allies.

“On a per person basis, we are forecast to achieve a similar or greater reduction than what the US, Japan, Canada, New Zealand and others are simply hoping to achieve at this point,” the spokesperson told AAP.

“We are also one of only a handful of countries to set out a detailed plan to achieve our target of net zero emissions by 2050.”

Australia’s reduction in emissions has relied almost entirely on controversial carbon offsets created through land management practices, such as by paying farmers millions of dollars to not chop down forests on their land.

However, climate change communications organisation, the Climate Council (CC), believes the report clearly spells out that governments should “drastically cut emissions and cease the extraction and burning of fossil fuels this decade.”

“Right now, communities in Southeast Queensland and Northern NSW are being pummelled by extraordinarily intense rainfall and flooding,” said CC Director of Research Simon Bradshaw. “These communities have hardly had time to recover from past disasters and again they’re facing profound heartbreak and loss.”

“Increasingly, we see that communities are being hit with one disaster after another, like drought followed by fire, followed by flood. The compounding effect of these disasters is taking a heavy toll.”

“The report is very clear: any further delay in global action will miss the brief and closing window to secure a liveable future,” he said.

However, the IPCC’s warnings that “nobody is safe” from human-caused climate change are “irresponsible and misleading,” according to longtime environmental activist Michael Shellenberger.

Shellenberger, who is the founder and president of the nonprofit Environmental Progress and the author of “Apocalypse Never: Why Environmental Alarmism Hurts Us All,” noted that while the natural science reviewed by the IPCC is accurate, “the vast majority of the distortions and the pessimism regarding climate change appears in the summary in the statements by those who helped assemble the report.”

“Climate change is real. The world is getting warmer, it’s gotten about one degree Celsius warmer since the pre-industrial period. But on so many other environmental metrics, things are going in the right direction,” Shellenberger said in an interview with EpochTV’s Jan Jekielek on American Thought Leaders.

“The hottest period of the worst heat waves, for example, was in the 1930s. It has been a hot decade, but the 1930s remained the highest magnitude of heatwaves. The chance of dying from an extreme weather event has declined over 99 percent for the average human being.

“Deaths from natural disasters overall are 90 percent down, we produce 25 percent more food than we need. There’s no estimate of running out of food … Sea level rise is something that we’ve done a very good job adapting to and we’ll continue to do a good job adapting to.”

“I think the message that people need to hear that they’re not hearing is that the vast majority of environmental trends are going in the right direction, including on climate change.”

Famously, the IPCC’s fifth assessment report has been criticised for being selective and biased after the authors of the report failed to consider the effect of the sun on changing temperatures.

The impact of climate change on Australia’s reef system has been a considerable source of alarm for climate activists, but analysis by academics from the Norwegian University of Science and Technology found research published on ocean acidification prior to 2014 was at great risk of bias and “inflated results.”

Ocean acidification is a product of climate change; around one-quarter of carbon dioxide released through greenhouse emissions are dissolved into the sea and increases the acidity of seawater.

It is believed to be problematic for marine organisms such as coral and some plankton, which require molecules such as carbonate to form skeletons and shells. When the seawater becomes more acidic, the carbonate of their skeletons become neutralised and therefore dissolves in the water.

But authors noted that studies published after 2014 all showed a very drastic decline in the magnitude of the effect on fish, causing the authors to theorise that previous results were affected by bias.

Researchers “selectively publishing impressive results in prestigious journals and also to journals—particularly high-impact journals” can result in “the proliferation of studies reporting strong effects, even though they may not be true and can fuel citation bias,” the study said.

The authors argued that journals that show high impacts are often published in journals that favour striking effects and therefore have a lot of influence due to being more frequently cited than studies showing weaker relationships, with “early studies with large effect sizes remain the most highly cited among all articles in our dataset.”

Regardless of fears of climate alarmism, the IPCC’s overseer, the United Nations, has been criticised for giving China a pass to burn coal until 2040 while pushing Australia, the United States, the United Kingdom, and other OECD countries to halt its use by 2030.

This comes following prior calls from the U.N. for Australia to establish a concrete deadline for reaching net-zero, including decries from former U.N. Chief Ban Ki-moon.

“The U.N. has exposed their real agenda,” Nationals Senator Matt Canavan told The Epoch Times on Aug. 7. “This isn’t about changing the climate, it is about changing our society.”

Concern has also been raised regarding Beijing’s influence within the U.N. As a permanent member with veto powers, China is the U.N.’s largest financial backer, allocating $470 million (US$350 million) in its 2021 budget.

As the world’s biggest emitter, China produces more carbon dioxide in 16 days than Australia does in one year.

And a report by the global energy monitor (pdf) outlined that in 2020 China built on average one large coal power station per week, totalling over three times the amount of new coal capacity compared to other nations in the world, combined.

The report determined that, as of February 2021, China had 247 gigawatts of coal plants in development—around five times Australia’s total energy generation capacity.

Marina Zhang and Katabella Roberts contributed to this report.