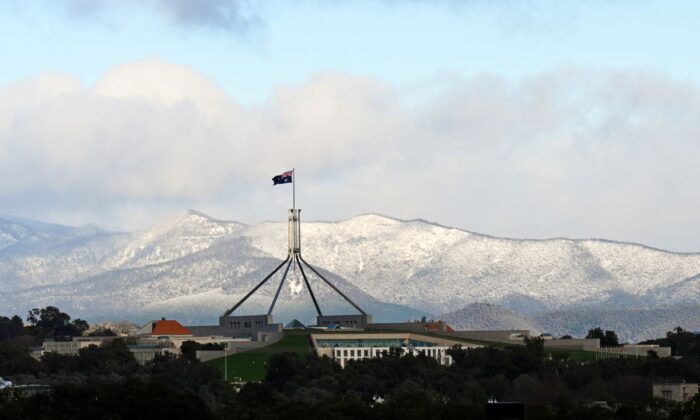 Australia Gets Snowy Start To Spring

Australia has received a snowy and chilly start to the southern hemisphere’s springtime after a polar blast from the Antarctic brought snow and icy conditions to the east coast of Australia, closing major highways around Sydney.

According to the Bureau of Meteorology (BOM), snow fell across four eastern Australian states—including in Australia’s southernmost city of Hobart in Tasmania and the country’s capital Canberra in the Australian Capital Territory.

The conditions have also forced the closure of the Great Western Highway between the Blue Mountains in Katoomba and Mount Victoria and the Bells Line of Road between Bell and Lithgow.

In addition, the New South Wales (NSW) government’s Live Traffic website has cautioned residents in the Blue Mountains—an hour and a half outside of Sydney—to stay off the roads after the overnight snowfalls turned into thick black ice on Wednesday morning.

KATOOMBA TO MOUNT VICTORIA: Great Western Hwy remains closed in both directions due to back ice on the road. Westbound traffic is being turned around at Leura. Avoid the area & delay your trip. pic.twitter.com/V4AAGhgWpF

Black ice is created when a thin layer of ice, known as a glaze, forms on roads and footpaths and is usually generated by freezing rain falling onto exposed surfaces or when snow falls, melts, and then refreezes.

According to Weatherzone on Wednesday, the conditions were caused after snowfalls melted quickly after coming into contact with warm road surfaces and then as conditions cleared, temperatures dropped to below freezing, refreezing the snow.

Trains out of the region have also been delayed due to the icy weather, and motorists and truck drivers were advised to park their vehicles as authorities waited for the cold weather system to change, reported Sky News on Wednesday morning.

In an alert on social media, the NSW Burea of Meteorology said that many locations in NSW saw temperatures fall rapidly on Tuesday, resulting in many parts of the state registering temperatures below 0 degrees Celcius (32 degrees Fahrenheit) on Wednesday morning.

“There was a dusting of snow along the ranges, but today should be sunny for most regions. Daytime temperatures well below average with dry air to help the chill,” the NSW BOM said.