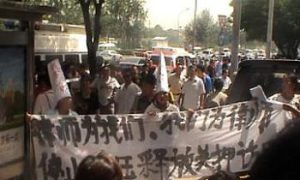 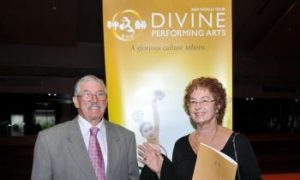 At a press conference on Tuesday, Queensland Premier Anna Bligh described the “eight-meter wall of water” (26 feet) that sped down from Toowoomba through towns in the Lockyer Valley. “We are anxiously worrying that we will see this toll rise,” Bligh said.

Some people were trapped in buildings, while others had to be rescued from rooftops. Many cars were washed downstream, some with people inside. In the town of Grantham, seven houses were swept away, according to the Australian Broadcasting Corporation.

Queensland Fire and Rescue Service Commissioner Lee Johnson said people underestimate the power of water. “It only takes 15 centimeters [6 inches] of fast flowing water to sweep a person off their feet. … It only takes 60 centimeters [2 feet] of floodwater to push a four-wheel-drive,” Lee said, according to the Brisbane Times.

Rescue efforts are being hampered by rain, but helicopters have successfully performed more than 40 rooftop rescues so far. Further severe storms and heavy rain have been forecast, and the destructive flood is expected to hit Brisbane on Wednesday.