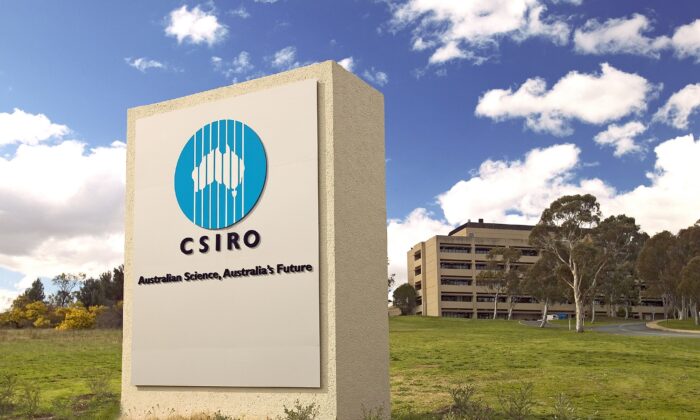 Australian scientists have named and described more than 100 new species, including an ant that protects butterfly larvae, a millipede with more than 1,000 legs, and a fish that lives 100 meters below the surface in the past year.

In a statement on Aug. 9, Australia’s Commonwealth Scientific and Industrial Research Organization (CSIRO) announced that its researchers and partners have named and described 139 new species over the past year, which include 131 insects and other invertebrates, four fish, and three plants.

“With only about 25 percent of Australia’s species known to science, scientific names are vital for researchers, governments, and the community to better understand the nation’s vast ecosystems,” the statement reads.

A previously known but newly named ant Anonychomyrma inclinata, was particularly special, with its support of the endangered Bulloak Jewel Butterfly, Hypochrysops piceatus.

“The ecological requirements for this beautiful butterfly are very narrow, which is probably why it is so rare,” CSIRO Entomologist David Yeates said.

“The ant species we’ve now named needs to be nesting in a mature bulloak, Allocasuarina luehmannii. The butterfly caterpillars live under bark and are carried to soft bulloak leaves to feed at night by ‘babysitter’ ants.”

CSIRO researchers have also discovered four new species of brightly coloured Marine fish, which are rare because they live deep where divers do not normally go. Among them, Tosana longipinnis (Longfin Threadtail Anthias) lives in waters 62 to 252m deep from the central Queensland coast to the central NSW coast.

The new Heteroclinus argyrospilos (Silverspot Weedfish) was described from only two known specimens collected from south-western Australia by researchers on the former CSIRO Research Vessel Southern Surveyor in 2000 and 2005.

“The Weedfish were found 55 to 100 metres below sea level, which is interesting because they live deeper than other known members of the genus,” said CSIRO scientist John Pogonoski, who helped name four new species of marine fish.

Most scientific papers about the newly named species involved authors from multiple scientific collections and universities across Australia and overseas.

“Working together with our research community to name species is incredibly important – it is the first step in Australia understanding and managing its biodiversity,” Yeates said.

“As a country, we are still in the very exciting phase of species discovery.”