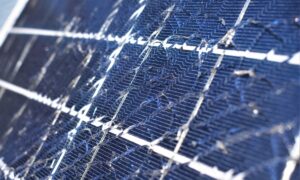 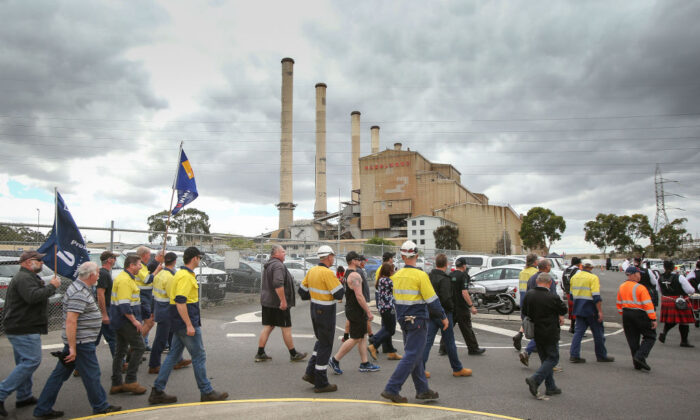 Workers leave Hazelwood Power Station after their final shift in Hazelwood, Australia on Mar. 31, 2017. Around 750 workers have been left jobless after the plant was closed. (Scott Barbour/Getty Images)
Australia

Australia may face a lack of electricity supply this decade unless new generation is brought in to offset the exit of ageing coal plants, the Australian Energy Market Operator (AEMO) has said.

In 2028, Victoria will see its 53-year-old Yallourn coal plant retire, taking with it 1,480 megawatts (MW) of power that currently provides electricity to 22 percent of the state’s residents and businesses.

And by 2032, New South Wales’ 50-year-old Eraring power station—supplying 2,922 MW and meeting 25 percent of the state’s energy needs—will shut down.

The AEMO’s 2021-2031 energy reliability report (pdf) outlined that supply concerns could be exacerbated by energy demand which could “increase a lot, very quickly.”

Furthermore, hydrogen—a pillar in the government’s technology investment roadmap—has been heralded as a pathway to reduce emissions in transport and hard-to-abate industries, such as steel.

“Green” hydrogen, however, would see energy demand surge given the electricity-intensive production process of electrolysis required.

Despite this, the AEMO reassured that Australia’s energy supply for the next five years is safe, bolstered by new solar, wind, gas, battery, and hydro projects, with further energy generation, required only after 2026.

In particular, the forecast exit of NSW’s 1,680 MW Liddell coal-fired power station in 2023 has prompted intervention from the federal government and the commissioning of a $600 million, 660 MW gas plant to partially replace the loss.

“No reliability gaps are forecast for the next five years, primarily due to more than 4.4 gigawatts (GW) of new generation and storage capacity, as well as transmission investment and lower peak demand forecasts,” said AEMO CEO Daniel Westerman.

However, ageing coal-fired power stations designed to retire after 40 to 50 years of operation have continued to threaten current energy stability.

Over the last several months, unplanned coal plant outages have caused a blackout for 400,000 Queenslanders, forced Australasia’s largest aluminium smelter to power down five times in two weeks, and sent energy prices across Australia’s east coast soaring to threefold that of last year.

These outages include one at Yallourn which was forced to halt its output in June after severe flooding submerged parts of its neighbouring coal mine.

“Recent flooding … through the mine created cracks in the mine wall, putting it at greater risk of flooding during future heavy rainfall events,” the report stated.

On top of this, the AEMO estimated in its report that 8.9 GW of commercial and residential solar panels are expected to be installed across the east coast by 2025—in addition to Australia’s existing 50 GW energy arsenal.

This comes as Australia’s Energy Security Board (ESB) last month issued a warning that rapidly growing solar and wind supply had introduced critical vulnerabilities to energy security, with the intermittent power generation lacking qualities necessary in a robust electrical grid.

Suggestions by the ESB to energy ministers will seek to address several of these energy security concerns, including a capacity mechanism that will incentivise dispatchable energy generation such as hydro, battery, and gas.