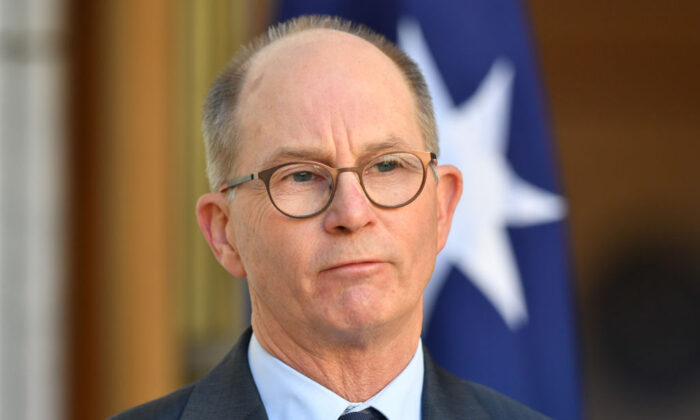 Hospitals, aged care facilities, and schools are among the high-risk settings where workers and visitors could face rapid COVID-19 testing under an Australian plan to be developed.

National cabinet on Friday agreed the federal health department and Australian Health Protection Principal Committee will work on creating a nationally consistent framework for the use of rapid antigen tests.

It will guide authorities across the nation on how often the tests should be done and the implication of positive results, while also recommending high-risk settings for the screening.

Australian health authorities have previously been cautious to expand the use of rapid antigen tests given they are less reliable than PCR swabs.

In a further take-out from the first national cabinet meeting in more than a month, states and territories will consider changes to isolation requirements for fully vaccinated primary close contacts, including no or minimal quarantine for up to seven days.

Casual contacts would only be asked to seek testing and isolate if experiencing symptoms, but avoid high-risk settings until they return a negative result.

Victoria and New South Wales (NSW) have already reduced the time most fully vaccinated primary close contacts have to serve in isolation from 14 to seven days, while casual contacts can leave quarantine once they return a negative test result.

The federal government has also pledged to start vaccinating five to 11-year-old children, if backed by the national medicines regulator and immunisation advisory group.

It comes as the country was poised to reach its target of 80 percent of the national population being fully vaccinated sometime on Friday.

The latest figures released put the national COVID-19 jab rate at 79.6 per cent, after more than 181,000 vaccines were administered on Thursday.

Prime Minister Scott Morrison described the pending milestone as a breakthrough, as states across the country move to reopen their borders.

“That means we overcame all the challenges that we had with supplies that didn’t show up from Europe,” he said.

West Australian Premier Mark McGowan on Friday revealed long-awaited plans to reopen the state to eastern jurisdictions after months of hard border policies, as NSW and Victoria effectively reopened their borders to each other.