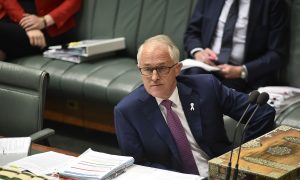 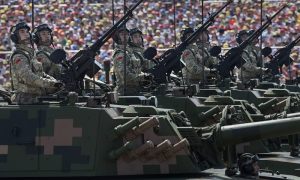 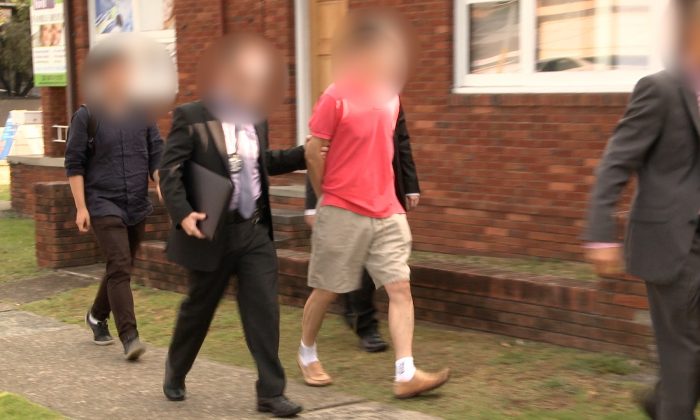 The Australian Federal Police (AFP) arrested 59-year-old Sydney man Chan Han Choi on Saturday, Dec. 16, for allegedly acting as an economic agent for the North Korean regime. It is the first time a person has been charged under the Weapons of Mass Destruction Act in Australia. (AFP)
Australia

MELBOURNE–Australian police said on Sunday they had arrested a man accused of working on the black market to sell missile components and coal on behalf of North Korea–the first charges ever brought in Australia over the sale of weapons of mass destruction.

The man had been charged with two counts under the Weapons of Mass Destruction (Prevention of Proliferation) Act 1995 (Cth) that prevents the proliferation of weapons of mass destruction, police said, and with another four under legislation enforcing United Nations and Australian sanctions against North Korea.

The Sydney man was identified by the Australian Broadcasting Corporation and other media as 59-year-old Chan Han Choi, who they said had been living in Australia for more than 30 years and was of Korean descent.

He was arrested in the Sydney suburb of Eastwood on Saturday and was due to face court later on Sunday, police said. He came to the attention of authorities earlier this year, the Australian Federal Police (AFP) said.

“This man was a loyal agent of North Korea, who believed he was acting to serve some higher patriotic purpose,” AFP Assistant Commissioner Neil Gaughan told reporters.

“This case is like nothing we have ever seen on Australian soil,” he said.

AFP charges Sydney man with being an economic agent in support of North Korea. More at: https://t.co/5AmcNvMNzq

Police will allege the man tried to broker the sale of missile components, including software for the guidance systems of ballistic missiles, as well as trying to sell coal to third parties in Indonesia and Vietnam.

Gaughan said the trade could have been worth “tens of millions of dollars” if successful.

Cash-strapped North Korea has come under a new round of stricter U.N. sanctions this year after pressing ahead with its missile and nuclear programs in defiance of international pressure.

Tensions have risen dramatically on the Korean peninsula because of the North’s ballistic missile launches and its sixth and most powerful nuclear test, as well as joint military drills between South Korea and the United States that the North describes as preparation for war.

Pyongyang claimed that its latest intercontinental ballistic missile launch in November had the range to reach all of the U.S.

U.S. Secretary of State Rex Tillerson urged North Korea on Friday to carry out a “sustained cessation” of its weapons testing to allow talks about its missile and nuclear programs.

However, the North has shown little interest in talks until it has the ability to hit the U.S. mainland with a nuclear-tipped missile, which many experts say it has yet to prove.

Gaughan said the man had been in touch with high-ranking North Korean officials but no missile components ever made it to Australia. He also said there was no indication officials in Indonesia or Vietnam had been involved in the attempted coal sales.

“We are alleging that all the activity occurred offshore, and was purely another attempt for this man to trade goods and services as a way to raise revenue for the government of North Korea,” he said.

The man faces up to 18 years in jail if convicted.

Please share on social media and support The Epoch Times. Thank you very much!