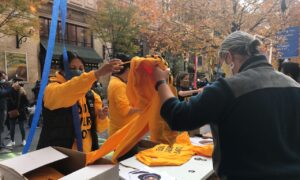 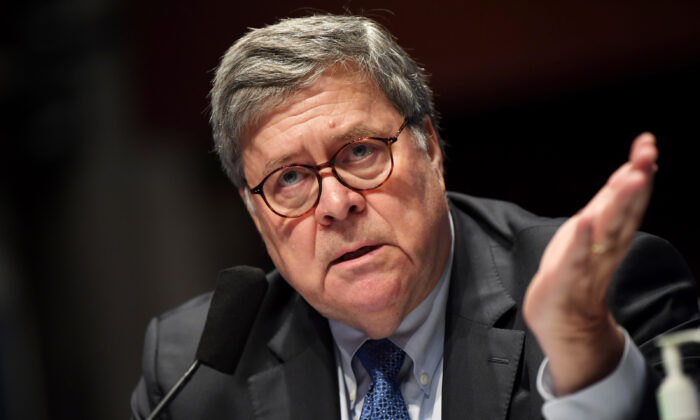 Attorney General Barr: Do Your Job!

The corporate media in America has been giving huge play to a statement made by Attorney General William Barr to The Associated Press earlier this week.

“Barr told the AP that U.S. attorneys and FBI agents have been working to follow up specific complaints and information they’ve received, but ‘to date, we have not seen fraud on a scale that could have effected a different outcome in the election,’” the article reads.

The AP story went on for 25 paragraphs. But outside of that quote, near the top, it included just one more statement from the attorney general, at the very bottom: “‘There’s a growing tendency to use the criminal justice system as sort of a default fix-all,’ [Barr] said, ‘but first there must be a basis to believe there is a crime to investigate.’”

Leaving aside the bias of this anti-Trump screed for a moment—with its outrageous, unprofessional lead sentence referring to the president’s “persistent, baseless claims” of election fraud—nowhere in law is there any requirement that election fraud investigations only be undertaken if they occur “on a scale that could have effected a different outcome” of the election.

The Heritage Foundation’s database of election law prosecutions contains more than 1,300 cases, only a handful of which actually changed the outcome of elections, mainly local offices. More than 1,000 of those involved criminal convictions.

And yet, in none of the more than two dozen civil lawsuits filed by the Republican Party, the Trump campaign, and by attorneys and organizations representing individual voters, have attorneys focused on violations of criminal law. They haven’t suggested that secretaries of state or other officials who oversee the election infrastructure be prosecuted for criminal wrongdoing. Instead, they have focused on violations of state election law and the equal protection clause of the U.S. Constitution.

So, for the attorney general to suggest that the president’s attorneys and the general public are wrongly trying to use the criminal justice system to prosecute low-level malfeasance or even political differences is just flat-out wrong. They have appealed to the courts in the pursuit of justice. And so far, justice has been overwhelmingly denied.

But this said, nearly every case filed with the courts includes affidavits from eyewitnesses of criminal wrongdoing. This is called “evidence” in a court of law—despite the media lackeys decrying “no evidence” in their screaming denials of what can only be called a monumental election heist.

The reason the civil lawsuits don’t seek prosecution is simple: that is the responsibility of federal prosecutors—in other words, the Department of Justice (DOJ), which remains under the authority of Barr, and the FBI. And it takes time.

To date, neither the FBI nor the DOJ have announced a single prosecution for election fraud. How can that be?

In recent days, we’ve learned that FBI agents have reached out to Amistad Project director Phillip Kline, a former U.S. attorney, and asked to see some of the data he and his investigators have amassed.

And while that’s a good first step, why hasn’t the FBI already been interviewing eyewitnesses who have signed affidavits, under penalty of perjury, saying they witnessed trucks bringing in tens of thousands of ballots into the Detroit counting center during the pre-dawn hours of Nov. 4, shortly before large spikes in Biden’s vote count?

Why haven’t they spoken to city of Detroit employee Jessy Jacob, who testified (pdf) she was actually instructed by election officials to backdate thousands of absentee ballots to meet the legal deadline?

Why haven’t they spoken to GOP pollwatcher Patty McMurry, who told a Michigan state Senate hearing on Dec. 1 she witnessed the counting of military ballots that looked like “Xerox copies,” all of them for Biden, and none of them from registered voters?

There are literally hundreds more who have provided sworn testimony alleging multiple crimes under state law, including double voting, voting by people registered in other states, ballot tampering, entering false or fictitious names into the registration books, illegal manipulation of voting machines, and organizing “voting events” outside of polling places sponsored by left-wing interest groups. All of these are felony crimes. Evidence that all of these happened has been submitted to federal courts, even if the media has been too lazy to read it.

Perhaps the most intriguing is the theft of USB sticks for programming the Election Systems & Software voting equipment from an election machine warehouse in Philadelphia shortly before Sept. 30.

And this gets to the core of the problem, where federal prosecutorial powers are most needed. All the signs exist that this election was a broad-based, coordinated, criminal conspiracy involving corrupt officials in multiple states, political operatives willing to commit crimes, and voting machines either open to hacking or deliberately engineered to be manipulated.

It doesn’t take a rocket scientist to follow the thousands of leads that have become part of the public record over the past month. But it does take a dedicated team of FBI investigations and honest prosecutors.

Are there none left in this country?

Attorney General Barr: Do your job!

Kenneth R. Timmerman is the best-selling author of “Deception: The Making of the YouTube Video Hillary and Obama Blamed for Benghazi” and 10 other works of non-fiction, including “Countdown to Crisis: The Coming Nuclear Showdown With Iran.” Ken’s fictional account of the 2020 election, “The Election Heist,” was released by Post Hill Press in August. He was a member of the national security and foreign policy advisory board of Trump for President and was co-nominated for the Nobel Peace Prize in 2006 with Ambassador John Bolton for his work on Iran.