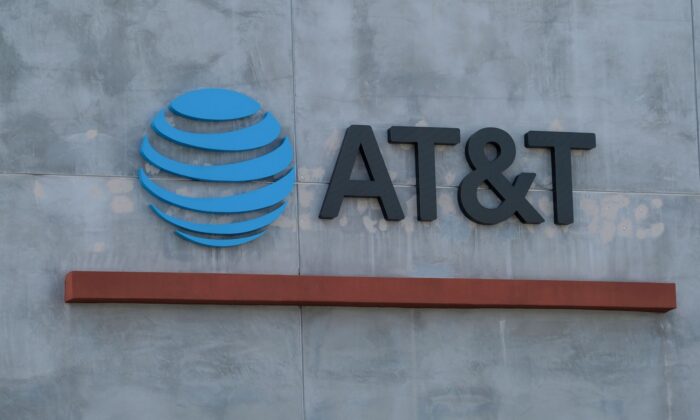 The AT&T logo sign is seen above the store in Culver City, California on January 28, 2021. (Chris Delmas/AFP via Getty Images)
Politics

AT&T over the weekend responded to criticisms from two progressive advocacy groups, which recently launched ads against the telecom giant for allegedly donating to Republican Texas lawmakers who backed the state’s new “heartbeat” abortion law.

Corporate Accountability Action claimed that AT&T donated more than $645,000 over the past two years to nearly 22 Texas lawmakers who sponsored the bill. It also took issue with the role the company played in founding and financing the pro-Trump One American News Network.

AT&T, registered in Delaware, is headquartered in Dallas, Texas. It has remained silent about Senate Bill 8, while some other Texas-based companies, such as dating app Bumble and ride-sharing services Uber and Lyft, openly opposed the legislation.

“This is a moment in our country where there is no middle ground. You really can’t be on the sidelines,” Cecile Richards, co-chair of American Bridge 21st Century and former president of Planned Parenthood, told the Associated Press.

In a statement to Fox Business on Sunday, an AT&T spokesperson said the company has been donating to both Democrats and Republicans and has never picked a side in the debate over abortion.

“AT&T has never taken a position on the issue of abortion, and the Texas legislation was no exception,” the spokesperson said in the statement. “AT&T did not endorse nor support passage of Senate Bill 8 in the Texas legislature.”

“AT&T’s employee political action committees have never based contribution decisions on a legislator’s positions on the issue of abortion, and employee PAC contributions to Texas legislators went to both opponents and supporters of Senate Bill 8,” the statement read.

The two groups are planning to run similar ad campaigns against Walt Disney Corporation and NBC-Universal over donations they made to lawmakers who supported a similar abortion bill in Florida, according to the Associated Press.