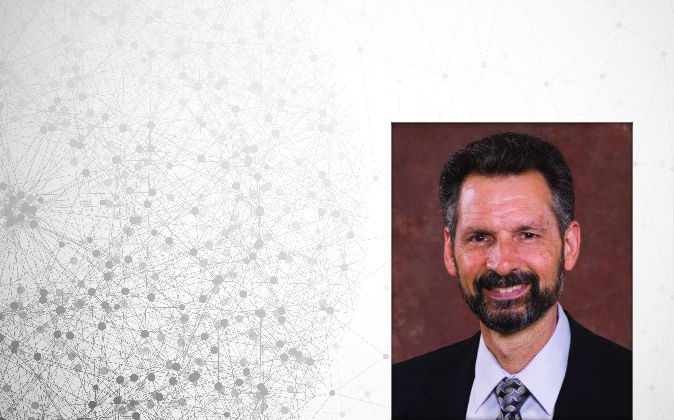 Rick Sheff, MD, was raised culturally Jewish, but essentially atheist. On Passover, his family would sit around discussing possible scientific explanations for the crossing of the Red Sea during the Exodus.

“I’m sure Moses knew the tide charts,” his father would joke. For them, it was an occasion to remember a political victory led by the historical figure Moses. It wasn’t about God. He learned at an early age that science held the answers to how the world works.

As a medical doctor, Sheff shared experiences with his patients that seemed to defy current medical knowledge. One-by-one, he was able to dismiss each as a rare occurrence, an anomaly. But these “data points,” as he calls them, started to add up.

Two outstanding data points—experiences of telepathy—created cracks in his armor of atheistic certainty and disrupted what he calls his “web of belief” based on modern science. Rebuilding that web required a weaving together of spirituality and a new scientific paradigm.

What’s Your ‘Web of Belief’?

Sheff is a family physician, an author, and the chief medical officer of healthcare consultancy firm The Greeley Company. He studied philosophy at Oxford University before attending the University of Pennsylvania School of Medicine.

As a philosophy student, he learned about the famed American philosopher Willard Van Orman Quine (1908–2000), who coined the term “web of belief.”

Sheff summarized: “Every one of us functions in a personal web of belief. Think of this as a network of mutually reinforcing knowledge claims about the world.”

“When we encounter a data point—an experience, or a scientific result—that doesn’t fit our web of belief, we have three choices,” he said. The first option is to deny that it is “data.”

We can write it off as “just coincidence,” or in a scientific study we could assume it’s a measurement error. Scientists may say, for example, “Until that study is reproduced by a number of other people independently, I’m not going to accept that that data is valid. It’s not data.”

“When we encounter a data point—an experience, or a scientific result—that doesn’t fit our web of belief, we have three choices.”
— Dr. Rick Sheff

The second option is to accept it as anomalous data. It stays on the periphery of the web of belief and doesn’t influence the core. We might say, “That’s odd,” or “That’s really unusual,” and not think much more about it.

The third option is to allow it to take up residence deeper and deeper in the web of belief, causing shifts at the very core. This is what eventually happened to Sheff.

The data points finally shattered his web of belief. The shattering was painful at first, but “the result has been more joy than I ever knew possible.” That’s the origin of the title of his book, “Joyfully Shattered,” in which he tells his story and discusses what he sees for the future of science—a science reconciled with spirituality instead of opposed to it.

Sheff had a patient, a 6-month-old baby named Ryan, who was terminally ill. The illness came on suddenly, and the baby’s father, Tom, understandably had a hard time accepting that his baby was going to die. Ryan held on longer than expected but he was in very bad shape.

An unprecedented feeling of intuition came over Sheff.

He felt that Ryan might be holding on because he knew his father wouldn’t be able to accept his death. Never had Sheff conceived such a thought or said anything like what he told Tom: he suggested Tom go to Ryan’s bedside and tell him it’s OK if he leaves. The baby died two hours later.

“The scientist in me wanted to say that this was all just a coincidence,” Sheff wrote in his book. “Labeling it a coincidence would preserve my faith in the science in which I had been trained.”

“Labeling it a coincidence would preserve my faith in the science in which I had been trained.”
— Dr. Rick Sheff

At 4:30 a.m. one morning, Marsha awoke from a deep sleep and said, “Susan is in labor, I know it.” She felt a tingling, an energy coursing through her whole body. She was sure of it, but she didn’t contact Susan and eventually went back to sleep. She later found out that Susan had started to feel contractions at 4:30 a.m.

“I suddenly knew people could communicate at a distance,” Sheff said. He told a fellow physician about the experience. The physician replied, “It’s not data, it’s just coincidence.”

In his book, Sheff described his reaction: “What do you mean coincidence? The statistical chances of Marsha awakening at precisely the same moment Susan was awakened with her first contraction and Marsha being flooded with energy and knowing that Susan was in labor at that moment are so vanishingly small that something had to cause it.

“To call this simple coincidence is an outrageous act of faith. It’s not good science.”

He told Epoch Times that if someone had come to him with a similar account when he was still enmeshed in absolute materialism, he would have had the same response. Sheff doesn’t resent people like this physician friend; he understands their perspective.

“For one who believes, no proof is necessary. For the nonbeliever, no amount of proof is sufficient.”
— Saint Ignatius of Loyola

He quoted Saint Ignatius of Loyola: “For one who believes, no proof is necessary. For the nonbeliever, no amount of proof is sufficient.”

“Must it always be so?” Sheff asked.

“Look, Rick,” Sheff’s physician friend said when Sheff later discussed a paradigm shift in science, “I don’t doubt that you have had the subjective experiences you’ve shared with us over the years. But these are just that, subjective. That’s not science. Science requires data, public data that others can test, reproduce, and refute. Whatever it is you’re doing, please don’t confuse it with science.”

He was right, Sheff needed more. “A good scientist follows the data wherever it leads, rather than truncating that pursuit based upon pre­conceived notions or theories. I’d had the courage to pursue these data points that had led me to join the growing group of seekers for the new scientific paradigm. But he was right. My data points did not stand the test of science done well.”

He was right. My data points did not stand the test of science done well.
— Dr. Rick Sheff

Exactly one week later, Sheff met William Tiller, Ph.D., and in Tiller’s work he found what he thinks could be the foundation of the new paradigm.

Tiller has had a successful career in the world of conventional science. He is a professor emeritus at Stanford University and former chair of Stanford’s material science and engineering department, with numerous papers published in peer-reviewed journals.

But, like Sheff, he feels science is due for a Copernican-scale paradigm shift. Dr. Tiller told Epoch Times in an interview in 2014: “There are thousands of people over the last 150 years who have done such remarkable things that are put in the category of parapsychology, which orthodox science has wanted to sweep under the rug, because the results are not internally consistent with their results.”

“Anything that doesn’t fit their kind of results and the methodology of getting those results, they think is crapola,” he said.

A major insight of Tiller’s that fascinated Sheff is that scientists may influence the results of their experiments with their own intentions.

Sheff wrote in his book of Tiller’s insight: “Since the days of Descartes, Bacon, and Newton, research in the physical sciences has rested upon an unstated assumption that no human qualities of consciousness, intention, emotion, mind, or spirit can significantly influence a well­-designed target experiment in physical reality.”

This is “a core assumption of a widely shared web of belief, but not a proven ‘fact,'” he wrote.

Lessons for the Future in the History of Science

Late in the 19th century many scientists felt all the major discoveries had already been made, Sheff said. They had an understanding of electromagnetism and thermodynamics, the periodic table had been formulated, Isaac Newton had established a paradigm for physics.

But there were data points at that time that didn’t fit. The aberrancies in the orbit of mercury couldn’t be explained with Newtonian physics, for example. Albert Einstein hypothesized that the speed of light is not constant in general, but it is constant from any given reference frame, which was a shift from the Newtonian understanding.

Sheff asked: “But does anybody think that’s the endpoint, the final paradigm, the truth?”