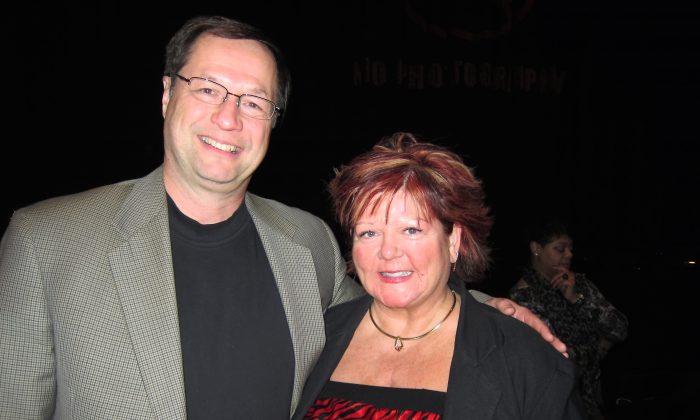 AT & T Operations Manager: Shen Yun ‘Is a Little Vacation’

MILWAUKEE—“I have nothing else on my mind but this show,” said Ann Affeldt, “and that never happens.” The Senior Operations Manager at AT&T was referring to her absorption in the Shen Yun performance she’d seen at the Milwaukee Theatre on Wednesday, March 5.

“It is a little vacation,” she said.

Shen Yun Performing Arts, based in New York, aims to revive millennia of Chinese culture through classical music and dance.

“I’m learning about ancient China and their traditions and what happened, and where they are coming from. It’s mesmerizing!” Ms. Affeldt said.

She felt the short dances, the stories they depicted, and the colors she saw were all fantastic.

Accompanying Ms. Affeldt at the performance was her husband, Steven Affeldt, of Affeldt Law Offices, S.C.

He was surprised to find that spirituality was traditionally a part of Chinese culture.

“I wouldn’t have known prior to tonight that Chinese culture over 5,000 years had … heaven and earth and creation, and all of those kinds of ideas. So to me, that was a refreshing surprise to see that philosophy of creation,” he said.

Ms. Affeldt felt that Shen Yun depicted balance: “The word that would come to mind would be balance, a lot of balancing, balancing life between work, play, life, love. I think that’s what it is.”

“We all struggle for balance, life, love, the arts and they do a very good job of bringing that spirit in,” she said.

She would recommend the performance to her daughter and friends, to “all of them because I think we are all striving for that, to figure out life, and the creator and the world and love and life and the dance and balance. It’s beautiful.”

Mr. Affeldt thought Shen Yun’s message is applicable today. “I think that to deal with life’s problems, to find solutions, and to try to achieve good ends—some of those messages which were in a number of the numbers that we watched—already are universally applicable in all kinds of situations, politically, personal, religious, and any number of things,” he said.

“It is a journey; it is just part of my journey to be here tonight,” Ms. Affeldt said.