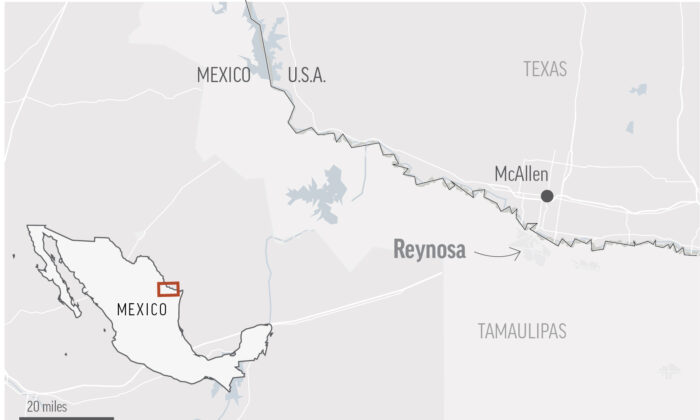 While this city across the border from McAllen, Texas, is used to cartel violence as a key trafficking point, the 14 victims in Saturday’s attacks appeared to be what Tamaulipas Gov. Francisco García Cabeza de Vaca called “innocent citizens” rather than members of one gang killed by a rival.

The attacks took place in several neighborhoods in eastern Reynosa, according to the Tamaulipas state agency that coordinates security forces, and sparked a deployment of the military, National Guard and state police across the city. Images posted on social media showed bodies in the streets.

Authorities say they are investigating the attacks and haven’t provided a motive.

But the area’s criminal activity has long been dominated by the Gulf Cartel and there have been fractures within that group. Experts say there has been an internal struggle within the group since 2017 to control key territories for drug and human trafficking. Apparently, one cell from a nearby town may have entered Reynosa to carry out the attacks.

Olga Ruiz, whose 19-year-old brother Fernando Ruiz was killed by the gunmen, said her sibling was working as a plumber and bricklayer in a company owned by his stepfather to pay for his studies.

“They killed him in cold blood, he and two of his companions,” said Olga Ruiz, adding that the gunmen arrived where her brother was fixing a drain.

“They heard the gunshots from afar and my stepfather told him: ‘son, you have to take shelter.’ So he asked permission to enter a house but my brother and his companions were only about to enter when the vehicles arrived,” Ruiz said. “They stopped in front of them and started to shoot.”