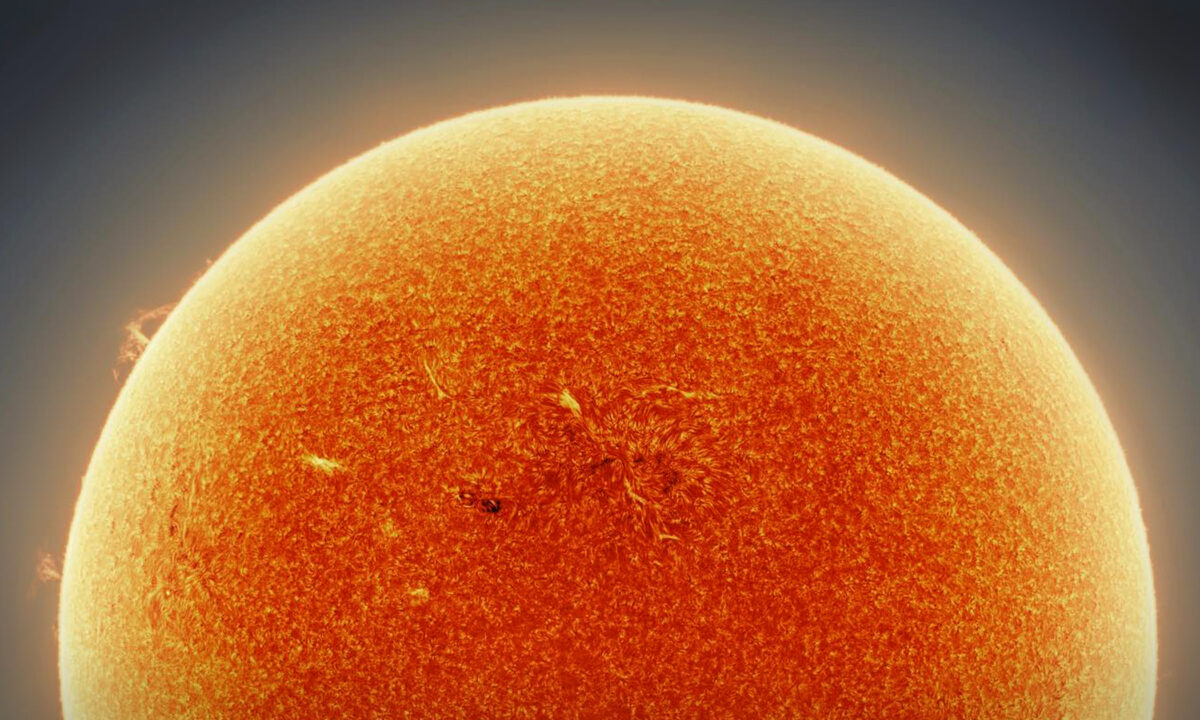 Astrophotographer Snaps Hi-Resolution Solar ‘Mosaic’ Using Over 300,000 Shots From Telescope in His Backyard

There’s only so much beauty in the heavens that the human eye can capture.

That’s why astrophotographer Andrew McCarthy trains his telescope and camera skyward from his backyard in Florence, Arizona—usually at night—to take in spectacular shots of stars, our silver lunar satellite orbiting overhead, or even the shimmering disk of the sun.

The photographer artist of the skies aims to inspire the people of Earth to “look up” and appreciate the invisible glory that only telescopic magic—with its lenses, star trackers, and specialized filters—can extrapolate and present.

Recently, McCarthy had his camera set up in broad daylight and pointed at the sun to observe the fine details of its dynamic surface. Without specially calibrated exaggeration of the images, “the sun is just a white ball,” he told The Epoch Times. “Manipulation through a combination of hardware (filters, camera, optics) and software (stacking, color, contrast) are necessary to show you the details hidden in the atmosphere.”

In order to isolate the subtle features of the solar surface—sunspots and flares, undulating plasma, and gases undergoing nuclear fusion at unfathomable temperatures—McCarthy snapped well over 300,000 shots with his camera at a blinding 80 frames per second, like a video camera, over the span of a couple of hours. He then stitched them together like some grand celestial quilt to create these high resolution images.

“This was composed from around 2.5 terabytes of data,” McCarthy said. “My computer crashes constantly when processing these sorts of images.

“This was taken on a nice clear day but there was a bit of a breeze. Part of the process is going through each of the hundreds of thousands of images to manually reject frames that were too distorted due to the wind shaking the telescope, or the image losing focus due to atmospheric seeing.

“It is rare to see the entire sun in such detail, as most professional observatories aren’t going to create a large mosaic from their data, despite being able to see our star with much more clarity.”

He added: “My goal with all my imagery is to remind people to look up—that there is an entire universe up there that shouldn’t be taken for granted. It’s beautiful.”

But McCarthy warns stargazers never to point their telescopes at the sun “unless you know what you’re doing.” Not only will it damage your telescope but it is also instantly blinding.

Hence, McCarthy’s astrophotography expertise delivers the wonder of the heavens right to your doorstep or, rather, your computer screen at the click of a mouse on Instagram.