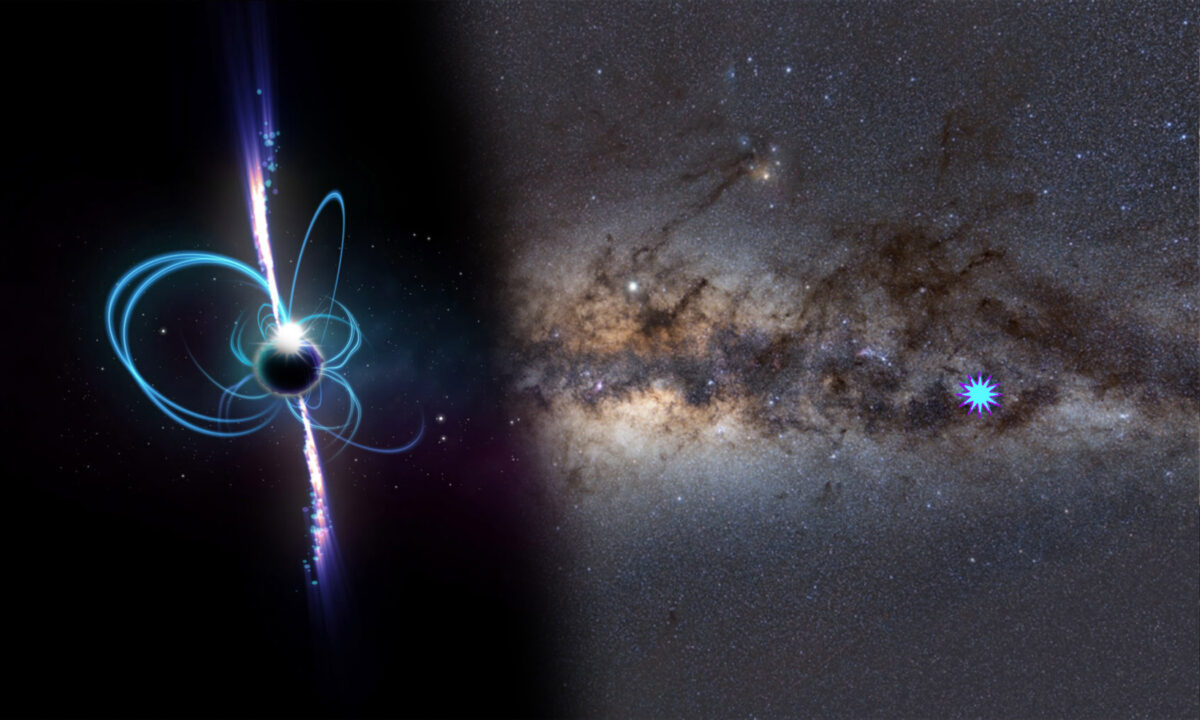 Astronomers Down Under Spot ‘Spooky’ Ultra-Slow Flashing Light 4,000 Light-Years Away Unlike Anything in Space

Scanning the skies from Down Under, a team of astronomers detected an enigmatic burst of radio energy unlike anything that has been seen before.

Thousands of light-years away, a distant object smaller than our sun was observed emitting pulsating radio light, which was not strange itself; what was unique about these intermittent flashes was the the unusually slow intervals between them.

Stars that Turn On and Off

Astronomers have known for a long time about objects that appear and then disappear in outer space; such phenomena are called transients.

The slow, gradual appearance of gamma ray afterglows or the events of supernovae come and then go over the course of days or months—these are slow transients.

Other objects may flash on and off at a quick, steady clip measured in seconds or milliseconds—these fast transients include pulsars and white dwarfs.

However, this new curiosity spotted in Australia flicked off and on at previously unheard-of rhythms: emitting in regular periods one intense burst of radio energy a minute long, then turning off for around 18 minutes, and repeating.

Astrophysicist Dr. Natasha Hurley-Walker, from the Curtin University node of the International Centre for Radio Astronomy Research, said the phenomenon is unlike anything in the known cosmos.

“This object was appearing and disappearing over a few hours during our observations,” she told ICRAR. “That was completely unexpected. It was kind of spooky for an astronomer because there’s nothing known in the sky that does that.

“And it’s really quite close to us—about 4,000 light-years away. It’s in our galactic backyard.”

It was speculated that the object was a pulsar or a white dwarf, both of which exist in the aftermath of collapsed supermassive stars. Pulsars are the smashed remnants of supermassive stars’ cores after going supernova. The super dense remains, composed of tightly packed neutrons, is called a neutron star and may emit light or radio waves while spinning, appearing in our sky as blinking points of light—these are called pulsars.

White dwarfs, meanwhile, are the less dense detritus of less massive stars after they die.

However, this new, ultra-slow interval transient, Dr. Hurley-Walker surmised, fits the profile of what astrophysicists have only posited might exist in theory: called “magnetars”—essentially, pulsars powered by twisted magnetic fields.

“It’s a type of slowly spinning neutron star that has been predicted to exist theoretically,” said Dr. Hurley-Walker. “But nobody expected to directly detect one like this because we didn’t expect them to be so bright.

“Somehow it’s converting magnetic energy to radio waves much more effectively than anything we’ve seen before.”

Led by Dr. Hurley-Walker, the team came across the strange object while scanning the sky with the Murchison Widefield Array (MWA) telescope in outback Western Australia.

Team member Tyrone O’Doherty, an honors student at Curtin University, located the object with MWA using a new technique he developed. “It’s exciting that the source I identified last year has turned out to be such a peculiar object,” O’Doherty said.

“The MWA’s wide field of view and extreme sensitivity are perfect for surveying the entire sky and detecting the unexpected.”

Now, Dr. Hurley-Walker and her team are waiting to see if the light switches back on. “If it does, there are telescopes across the southern hemisphere and even in orbit that can point straight to it,” she said.

The discovery opens the door to hunt for populations of magnetars, which Dr. Hurley-Walker believes must exist. The development of an even more powerful radio telescope array, called the Square Kilometre Array (SKA), about a thousand times more powerful than the MWA, could yield many more magnetars.

“More detections will tell astronomers whether this was a rare one-off event or a vast new population we’d never noticed before,” said Dr. Hurley-Walker.

An advantage of using such arrays, which observe with a huge field of view, is their ability to collect and store data, as the MWA has done for nearly a decade.

“Being able to look back through such a massive dataset when you find an object is pretty unique in astronomy,” said MWA director Professor Steven Tingay. “There are, no doubt, many more gems to be discovered by the MWA and the SKA in coming years.”