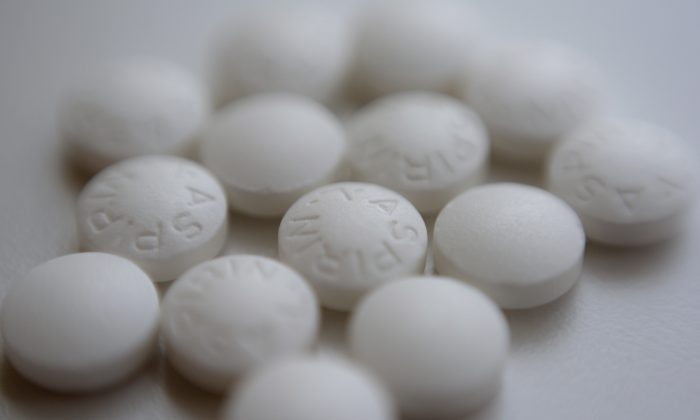 Patients with moderate COVID-19 appeared to benefit from early administration of aspirin, according to a new study.

Patients who were given aspirin on their first day in the hospital were less likely to die or experience blood clotting, researchers found.

Dr. Jonathan Chow with the George Washington University School of Medicine and Health Sciences and other researchers analyzed data from 64 healthcare systems for the study.

Moderate COVID-19 was defined as not needing intensive care such as mechanical ventilation of oxygenation.

Out of 112,269 patients with moderate COVID-19, approximately 15,200 received aspirin on the first day of admission. The median duration of aspirin administration was five days.

Researchers found the in-hospital mortality rate at 28 days post-admission was lower in the aspirin group, 10.2 percent compared to 11.8 percent. They estimated giving 63 patients aspirin early on would prevent one in-hospital death.

Separating patients by age groups and underlying health conditions, the link between early aspirin and decreased mortality was only present in patients between the ages of 61 and 80 with comorbidities.

Researchers also pegged a lower rate on in-hospital pulmonary embolism, or blood clotting, in the group who received aspirin on their first day in the hospital, though no differences in deep vein thrombosis.

“This is our third study and the culmination of 15 months of work looking at aspirin use in hospitalized COVID-19 patients. We continue to find that aspirin use is associated with improved outcomes and lower rates of death in hospitalized patients. What’s more, it’s low cost and readily available, which is important in parts of the world where more expensive therapeutics might not be as accessible,” Chow said in a statement.

A small percentage of the group who didn’t receive aspirin on their first day in the hospital received the drug later.

The study was funded by the National Science Foundation, the National Institutes of Health, and George Washington University. It was published in the Journal of the American Medical Association following peer review.

The earlier studies led by Chow found aspirin was linked with a decreased need for mechanical ventilation and intensive care unit admission and lower in-hospital death.

“A randomized clinical trial that includes diverse patients with moderate COVID-19 is warranted to adequately evaluate aspirin’s efficacy in patients with high-risk conditions,” the researchers wrote after the latest study.

Other studies have found that aspirin did not appear to have an effect on COVID-19 patients.