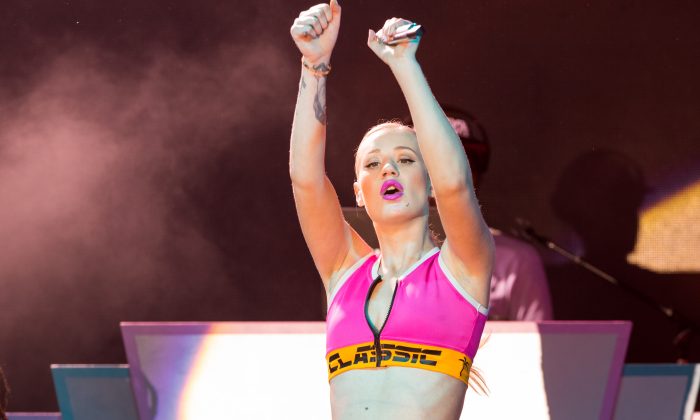 ASAP was initially linked to the tape but Wine has come forward and said that he’s the one in the tape.

Iggy’s camp at first denied that the tape was real but later says that it may indeed be her.

Now she says that if there is a video with her in it then it would be the work of a “spurned business suitor,” which TMZ says is an ex-boyfriend, that is trying to damage her image and career out of revenge.

But Wine, a Houston-area rapper, says that Azalea was aware that their sex acts were being recorded

Rocky, whom Azalea dated from late 2011 through mid-2012, hasn’t commented directly on the tape.

A source told the Philadelphia Daily News that Young isn’t happy about the possible tape.

“He hates it on so many levels,” said the source. “If it is true, he doesn’t believe that it is him in the video, he feels terrible for Iggy and what it would do to her career.”

“Plus, with the NBA season coming about next month and with him being on the Lakers, he knows so much off-court attention will be brought to it and him, and that is a nightmare scenario for him,” the source added. “He really hopes that this is not true, and, if it’s true, that it never comes out.”