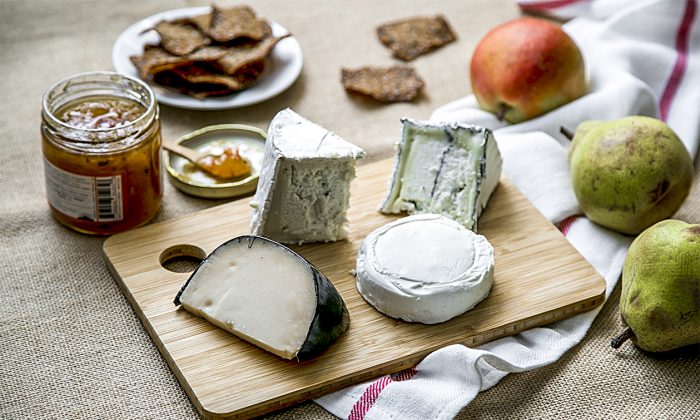 Producers believe retailer will keep commitment to quality standards, while others are wary of tech giant's methods
By Annie Wu
biggersmaller
Print

NEW YORK—Amazon’s purchase of Whole Foods has everyone in the food industry talking about the implications. Neither company has disclosed specific details about the deal, but the companies behind specialty food products that you often find in Whole Foods—think artisanal jams, American-made cheeses, and non-GMO snacks—are optimistic.

“I think that them coming together is just going to make it a better market for specialty foods,” said Ron Tanner, vice president of philanthropy, government, and industry relations at the Specialty Food Association. The Specialty Food Association, which has 3,600 members, represents small-scale food businesses with an artisanal ethos. Many of their products are sold through Whole Foods and Amazon, Tanner said. A merger would provide a bigger platform for them.

I think that them coming together is just going to make it a better market for specialty foods.
— Ron Tanner, VP of philanthropy, government and industry relations, Specialty Food Association

“They [Whole Foods] have a good reputation of being mentors to the companies whose products they like, and really helping them grow their products,” Tanner added, noting that the company has supported locally made goods for much of its history.

Mary Keehn, founder of Cypress Grove, a Californian creamery whose products are found in Whole Foods stores across the country, agreed that the company is likely to continue its support of artisanal and natural products. “It’s so central to the Whole Foods philosophy,” she said. “I think they’ll keep the relationship [with specialty producers] going.”

The grocer has a set of quality standards for the products it sells, prohibiting the use of artificial preservatives, coloring, or hydrogenated fats. The company also has animal welfare standards to ensure livestock had been raised and processed humanely, and sources antibiotic- and hormone-free meat and sustainable seafood.

Amazon’s takeover may be foreboding, given its disruption of other retail industries, but Brent Allen, vice president of sales at family-owned vanilla and flavor extracts company Nielsen-Massey, says he doesn’t foresee the quality and price of specialty foods being impacted. “Certain things you still want to smell, touch, and see—like spices, vanilla, produce—those are harder to commoditize and robotize,” said Allen. However, larger companies without a strong sense of identity may be forced to change their methods, he says.

David Lockwood, director of consulting at market research firm Mintel, says these companies may be forced to lower their prices. “Large brands will come under price pressure. Whole Foods hasn’t done that [price slashing] aggressively in the past, but Amazon will, because they always have,” he said.

With the deal, Lockwood believes consumers can expect Whole Foods goods to become cheaper in the future. “Whole Foods has not grown that quickly because other retailers have caught up to them in terms of selling organics, and in fact exceeded them in pure dollars,” he said. “[Lower] prices are a must.”

Whole Foods has not grown that quickly because other retailers have caught up to them in terms of selling organics. … [Lower] prices are a must.
— David Lockwood, director, Mintel Consulting

Other grocery chains like Kroger, Publix, and Wegmans have cut into Whole Foods’ competitive edge—its offerings of organic, socially, and environmentally responsible goods—by selling products at cheaper prices. Lockwood believes Amazon will want to bring its efficiency, high growth, and price advantage to Whole Foods, potentially through 365, the grocer’s line of private label and lower-priced stores.

Whole Foods CEO John Mackey, in a town hall meeting for employees, hinted at the possibility of another supermarket brand with a different set of standards for its products, reported Reuters last week, based on a securities filing.

As for Amazon, which already dominates online shopping, the tech company will now have access to information about how people shop at brick-and-mortar stores, Lockwood noted.

Steve Jenkins, who runs Steve Jenkins Imports, specializing in importing European artisanal foods, and retired partner of Fairway markets in New York, is worried that the merger will push consumers to rely on e-retail. This may eventually eliminate the neighborhood grocery store, “the local outfit that you go back to over and over, that you enjoy, not just for the food, but for the artisan and the counter person whom you know and trust,” he said. “You look him in the eye, you know him and he knows you. They care about what you’re going to have for dinner.”

It’ll be centralized, like big government, with no authority or knowledge about food.
— Steve Jenkins, owner, Steve Jenkins Imports

If Amazon comes to dominate the food retail, just as it has other industries like book publishing, Jenkins believes artisanal producers may even be forced to sell their products on Amazon, with no other options to distribute their goods. “It’ll be centralized, like big government, with no authority or knowledge about food,” Jenkins said.

A Boston-based specialty retailer, who did not want to be identified, echoed the concern that if everyone sells on Amazon in the future, it will be harder for consumers to know about the producers or farmers behind the food. However, one benefit could be the comments feature on Amazon, which would allow producers to get direct feedback from customers.

As for whether consumers will really embrace that kind of food shopping experience, only time will tell.