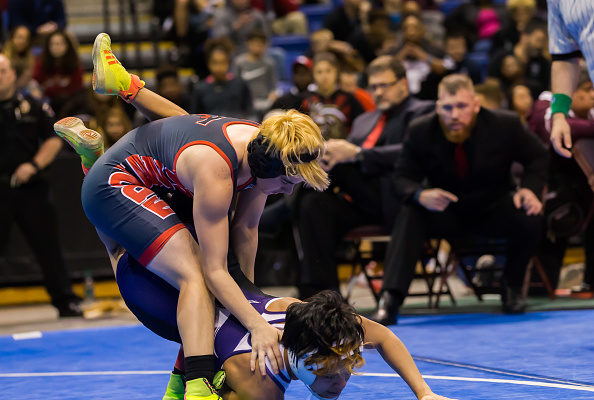 A Republican-sponsored bill prohibiting males from playing on Arizona female school sports teams passed by a majority vote of the state’s Senate on Feb. 2 and now goes to the state House for review and vote.

The Senate voted 16-13 to pass the bill, with all Democrats voting against it.

Sen. Juan Mendez (D) was not present for the vote as he is currently away on paternity leave, a staffer said Feb. 4.

The bill, SB1165, acknowledges gender athletic performance differences exist between males and females, and “athletic teams or sports designated for females, women or girls may not be open to students of the male sex.”

It states violation of the law by any school, institution, or government authority, would be cause for civil action.

“Each interscholastic or intramural athletic team or sport that is sponsored by a public school, or a private school whose students or teams compete against a public school, shall be expressly designated as one of the following bases on the biological sex of the students who participate on the team or in the sport”—males, men or boys, females, women or girls, co-ed or mixed, the bill states.

“Any student who is deprived of an athletic opportunity or suffers any direct or indirect harm as a result of a school knowingly violating this section has a private cause of action or injunctive relief, damages, or any other relief available under law against the school,” the bill adds.

Civil action would have to be filed within two years of the alleged offense.

The legislation is based on findings that assert the reality of biological sex, that a person’s physiological gender is determined before birth, and acknowledges physical sex differences in prenatal and early childhood through puberty.

“Having separate sex-specific teams furthers efforts to promote sex equality by providing opportunities for female athletes to demonstrate their skill, strength, and athletic abilities; while also providing them with opportunities to obtain recognition, accolades, college scholarships, and the numerous other long-term benefits that flow from success in athletic endeavors,” according to the bill’s findings.

Leach, representing Arizona’s District 11, said he supported the bill based on his long-time position that acknowledges performance differences between males and females. For 18 years he was a high school sports and club coach in Wisconsin.

“I can tell you from firsthand observation it’s different” between male and female athletes, Leach told The Epoch Times.

“The game is played differently. Men are much more aggressive, much more using their body strength. If you introduce men’s strength into the [female sports] equation, it just magnifies that.”

“We’re making sure that girls get to play and get to play sports without fear of getting hurt,” he said.

Leach said that males who participate on female athletics teams “doesn’t make the sport any better.”

“It dilutes the sport. It’s presented as an issue of fairness, but who’s fairness is it? We’re taking away from a beautiful experience” in sports.

The legislation will go before the Arizona House where it will be handed over to a committee for review and recommendation to the full House.

Absent any amendments the approved legislation will be presented to Gov. Dough Ducey for signing.