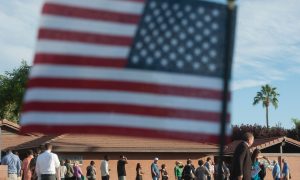 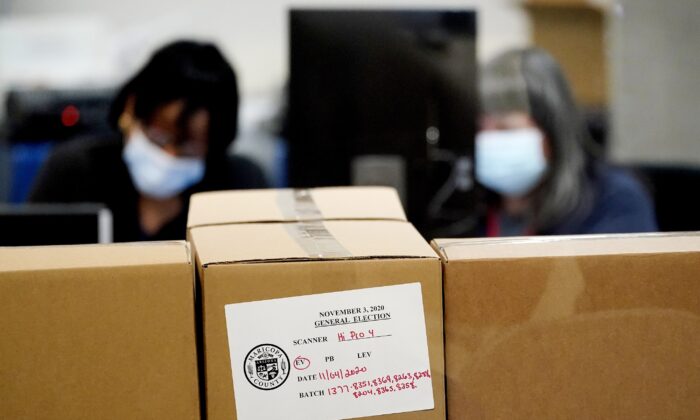 Arizona Secretary of State Katie Hobbs requested and received a security detail after a series of death threats due to her ongoing opposition to the election audit taking place in Maricopa County, Hobbs’s and Gov. Doug Ducey’s office told The Hill.

“Let me be very clear: I will never be intimidated out of telling the truth, defending our elections, and serving the people of Arizona,” Hobbs wrote on Twitter, citing a message by Brahm Resnick, a local reporter who wrote that Hobbs is receiving round-the-clock protection by state troopers. Hobbs previously received a security detail during the aftermath of the Nov. 3 election last year.

Hobbs has repeatedly criticized the election audit in Maricopa County, which was triggered by the state’s Republican-led legislature. The Republicans hired an audit firm to examine more than 2 million ballots cast in Arizona’s largest county during the 2020 election as well as a large number of election machines.

The U.S. Congress certified Joe Biden as the winner in Arizona and the winner of the 2020 presidential election. Former President Donald Trump maintains that the election was stolen.

“The results will be very interesting for the USA and the World to see! Why are the Democrats fighting so hard to hide the facts? I know why, and so does everyone else!” Trump said in a statement on April 28.

Democrats say the audit is an unnecessary re-litigation of the 2020 election designed to appease Trump and his supporters.

“People come from all over the country to work, raise families, and retire in Arizona. It’s the best state in the union,” Hobbs wrote on Twitter on Thursday. “But this #fraudit is undermining confidence in our elections. It’s making Arizona a national joke. It’s bad for our brand, and bad for business.”

Arizona Senate President Karen Fann, a Republican, said on Friday that the audit will likely uncover some irregularities.

“I hope we don’t find anything serious. I think we’ll find irregularities that is going to say, you know what, there’s this many dead people voted, or this many who may have voted that don’t live here anymore. We’re going to find those,” Fann said on Arizona PBS.

“We know those exist, but everybody keeps saying, ‘You have no proof.’ Well, maybe we’ll get the proof out of this so we can fix those holes that are there. I hope there’s no fraud there—I don’t even like using the word, because that would truly shake the utter ground of everything we believe in our election system. But if—and I mean a big if—there is, then it will be turned over to the authorities, they can take care of it and the Senate will do whatever we can to close down those loopholes,” she added.

Correction: a previous version of this article incorrectly stated the scope of the audit. The audit covers only the ballots counted in Maricopa county.